With the latest investment, the total investment by the fund in Eupheus is now pegged at around ₹15-18 crore, with a sake of around 44%, according to the Economic Times.

Eupheus Learning was founded by Sarvesh Shrivastava, Rohit Dar, Ved Prakash Khatri, and Amit Kapoor in 2017. The startup aims to bridge the gap between in-class and at-home learning by offering pedagogically differentiated, technology-led solutions in the K-12 space.

The startup has partnered with publishers and edutech firms to provide differentiated solutions across over 1500 ICSE and CBSE board schools in India including Narayana Group of Educational Institutions, GD Goenka Group, and Delhi Public School Society amongst others.

“Eupheus is amongst the most sticky edutech platforms for customers since the content is part of the existing curriculum. They’ve also signed up to bring high-quality global programs to Indian schools such as an exclusive partnership with TOEFL to be made available across grades and boards,” said Nikhil Vora, Founder and CEO of Sixth Sense Ventures.

The edtech startup generated ₹22 crore in revenue, during FY18, and is looking to target ₹75 crore in FY19. It further aims to expand its program to more than 4,000 schools across the country.

According to an IBEF report, the education industry in India is set to offer tremendous opportunities for growth as it is expected to reach $101 billion by 2019.

India is already the second largest e-learning market in the world, behind only the US, and it continues to grow as more students leverage the internet, and edtech startups enter the sector to strengthen India’s e-learning ecosystem.

Other edtech startups competing with Eupheus include Byju’s, Unacademy, Vedantu, Toppr, and Meritnation, among others.

Here is a comprehensive list of top edtech startup in India. 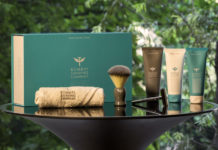