Mumbai, Aug 18: Amidst the on-going conflict between OTAs and hotels, a new but similar dispute has been brewing between restaurants and Food Service Aggregators (FSAs) across the country. Based on widespread complaints along with acute condemnation and agitation from its members, regional associations and affiliated associations regarding various issues that are hurting the Industry, the Federation of Hotel & Restaurant Associations of India (FHRAI) has called upon FSAs to engage in a fruitful dialogue with the Federation and its affiliated associations at the earliest to arrive at a win-win outcome for all. In a letter to Zomato, Swiggy, Nearbuy, Dineout Prius Heights, EasyDiner and Magicpin the Federation has pointed out to the unethical business practices and has called for review of all their schemes. FHRAI further stated that as a technology partner, by merely hosting its members’ inventory, FSAs cannot hold sway and arm twist the traditions and aspirations of millions of entrepreneurs in India.

“Unfortunately this new way of impractical, unaffordable and unconscionable discounting has put the hospitality industry in a very awkward situation. The most common complaint with the FSAs is about the contracts being one sided. These contracts aren’t even consistent across the industry and almost always unfair towards start-ups as against established brands. A model contract which is mutually agreed upon has to be accepted. As such a conduct is indicative of dominant behaviour and is indeed exploitative. Further, the agreement terms are not sacrosanct as they are frequently and unilaterally changed from time to time and always in favour of the FSAs. We are absolutely in favour of doing business, a business that is a win-win for everyone involved,” says Mr Gurbaxish Singh Kohli, Vice President, FHRAI.

The FHRAI has also pointed out to the unreasonably high commissions, payment terms and arbitrarily applied additional charges as well as unethical practices by the FSAs.

“Penal commissions of 25 per cent are now standard. Such high charges merely for offering a platform are unjustified. Commissions are not standard and customized to exploit the start-ups which are indicative of an exploitative and dominant behaviour. Payment terms are not adhered to and are easily violated for the slightest excuse without recourse to any easy dispute resolution. It has also been brought to our notice that GST is being charged on the commission, high commissions are being extracted from merchant establishments under the pretext that it is for both discovery and sales promotion. But then they are also charging separately for delivery and yet billing customers an additional delivery charge which is tantamount to double dipping. Furthermore, showing customers that a restaurant is closed just because delivery boys are not available is absolutely wrong and translates to unfairly conducting business at the expense of partner restaurants. Further, unilateral penalties are imposed even for mistakes made by the FSA’s staff to protect their own customers since the restaurant has no way to left to recognize customers and undertake service recovery,” says Mr Somaraju, Hon’ Treasurer, FHRAI.

Restaurants have voiced out about the imposition of FSAs’ absurd food acceptance, food preparation, food collection time with penalties and a negative grading system. Trying to indirectly force outlets to get certified for hygiene through its own agents at high rates and rating a restaurant through self-decided hygiene standards like the FSAs did for customer review ratings.

“All this effectively translates to arm twisting our members to subscribe to such initiatives using their dominant position. Restaurants are constantly but subtly threatened to participate in deep discounting schemes without respite through the year with one scheme getting replaced by another. Our members are neither given an option nor the opportunity to agree nor are they even consulted. Promises made while launching any new scheme is almost always broken by changing the rules itself. For instance, a scheme called ‘Gold’ was launched by Zomato with an assurance that only handful restaurants in each area would be enlisted. But later Zomato approached every outlet to participate which amounts to cheating our members who have no recourse considering all the above stated positions,” adds Mr S K Jaiswal, Vice President, FHRAI.

FHRAI has stated that one of the most critical terms which the FSAs changed and which destroy restaurant business is the number masking of customers. By doing so, FSAs have completely disconnected restaurants from its customers.

“It is the restaurant’s prerogative to know who its customer is and we insist on the FSAs to share the database. More recently the FSAs have tried to use new technology like free Wi-Fi without disclosing the real intent of surreptitiously collating customer data for their own use. Food tech companies and aggregators do not and cannot represent the F&B Industry and as such cannot choke the entrepreneurial aspirations and enterprise of our members by unsuspecting maverick start-up founders to enter the Industry and then stifle them to a point where they have very little choice but to shut shop or slowly bleed to death. The FSAs methods and practices are unbearable and require to be dealt with in the larger interest of the Hotel and Restaurant Industry,” concludes Mr Kohli.

The Federation of Hotel & Restaurant Federations of India (FHRAI) is the apex body of the Indian Hospitality industry. Founded in 1955, the Federation has diligently built on its rich legacy and is today privileged to serve as the leading voice of our industry and plays a seminal role in supporting the growth trajectory of India’s hospitality and tourism sector. FHRAI provides a vibrant interface between the industry, government, regulatory bodies, academia, international organizations, civil society and the media. 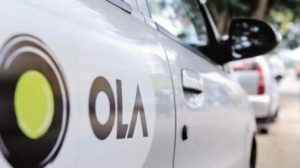