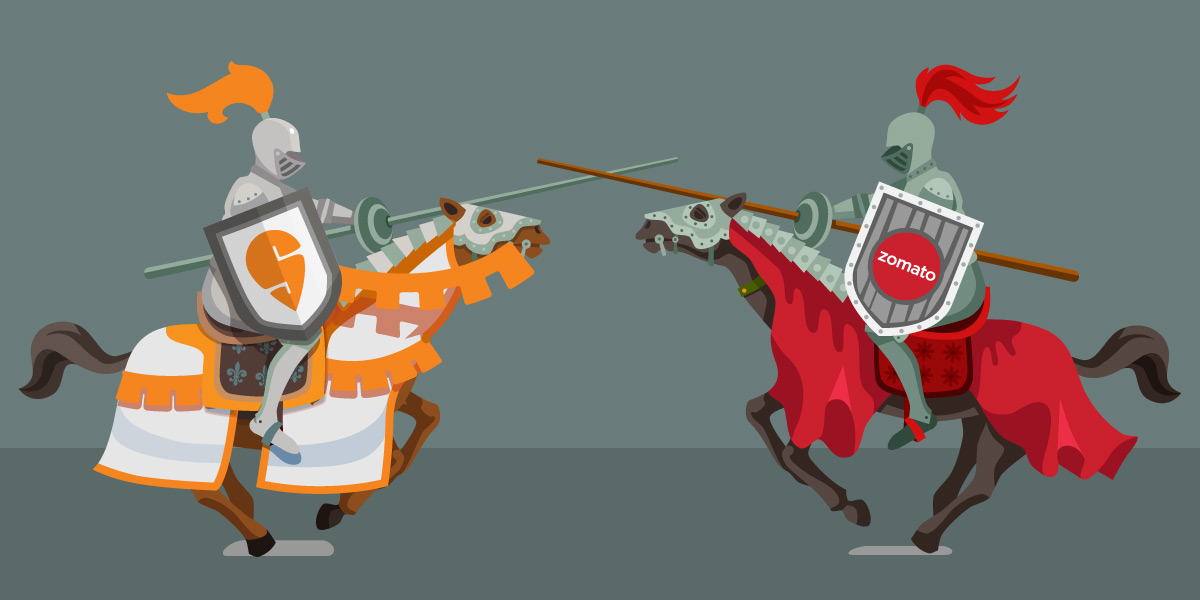 Swiggy and Zomato, India’s largest online food delivery giants, are on a spree to hunt funding since both the competitors are giving heavy discount in order to rule the market.

Where Swiggy is in talks to raise $500-600 million led by existing backer Naspers along with participation of new investors like Google, Zomato is on the same page to raise $600-700 million, reported ET.

On the other hand, Google, besides several other strategic investors and hedge funds, are in talks to invest $40-50 million each in Swiggy, the round will see the biggest cheque coming from South African media giant Naspers, which already owns over a third of the company, reported ET citing multiple sources.

Simultaneously, Zomato is seeking a valuation of over $3.1 billion, up from $2.1 billion it got in 2018. Goldman Sachs is running the mandate for Zomato’s round, said multiple sources.

Based out of Bengaluru, Swiggy is a food ordering and delivery company that provides food service solutions for restaurants. It was founded in 2014 by Nandan Reddy, Rahul Jaimini, Sriharsha Majety.
The company aims to stand out by offering a more curated list of restaurants and services, not to mention its own in-house delivery fleet that pick up orders from restaurants and deliver it to the customers.

Whereas, Zomato, is a restaurant search and discovery service founded in 2008 by Deepinder Goyal and Pankaj Chaddah.

The company provides information and reviews of restaurants, including images of menus where the restaurant does not have its own website and also online delivery.

Zomato, recently, said that it is present in over 300 cities, adding 100 more cities in just two months unlike Swiggy which is operating in over 100 cities.

As per the report from RedSeer, a research & consulting firm, the number of online food deliveries increased by 30% from 1.7 million a day during October-December 20 18 to 2.2 million during January-March 2019 period.

More interestingly, the share of the top 7 cities, where orders grew by 12% during the period, fell from 74% to 64% with rest of the orders coming from other parts of India.

Swiggy and Zomato competes with the food delivery unit of Uber and Ola’s Foodpanda, which has recently said it will focus on its private label cloud kitchen deliveries and not third-party restaurants.