Google, the technology giant, has made its first investment in an Indian startup. The US-based search engine giant has invested an undisclosed amount in Bangalore-based hyper local delivery startup Dunzo.

This investment is part of Google‘s Next Billion Users (NBU) push. While it is not known how much money Google has pumped in, the round is said to be worth around $10-12 million.

Existing investors of the company — Blume Ventures and Aspada have also participated in the current round. Dunzo CEO Kabeer Biswas also confirmed the deal, but declined to comment on the specifics on the transaction.

The proceeds of this funding round will help the company in its plan to expand operations to other cities across India. The company is planning to expand to 5-6 cities by the end of 2018.

Dunzo was founded in 2015 by Ankur Aggarwal, Dalvir Suri, Kabeer Biswas and Mukund Jha. The company initially started its operations on WhatsApp and now has its own mobile application.

Currently available in Bengaluru, the Dunzo app allows users to create different tasks in their to-do list, track the progress of the tasks, chat with their team members about their tasks and includes a one-tap payment method. Dunzo lets users finish tasks like going to the grocery store, making plans, and fixing something at home.

The company claims that currently, it is handling around 3,500-4,000 tasks a day. Earlier, in November last year, the company raised Series A funding round from Aspada. Prior to that, it had raised seed funding round in May 2016 from Aspada, Blume Ventures, Rajan Anandan and Sandipan Chattopadhyay. 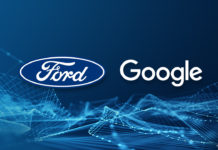