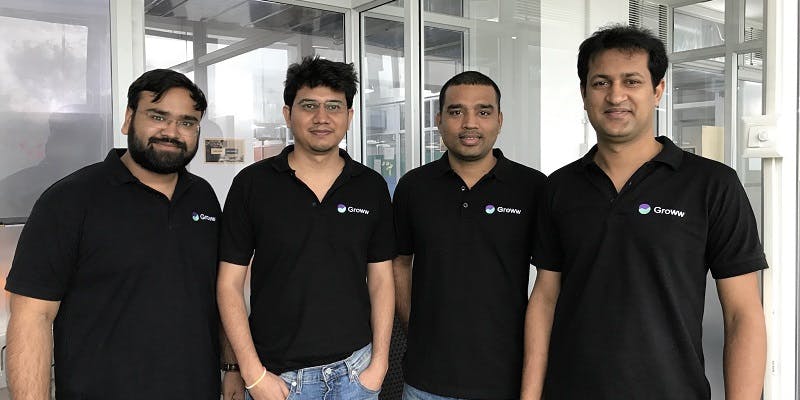 Groww, an online investment platform has raised ₹10 crores ($1.6 million) in pre-series A funding from Insignia Ventures Partners, Lightbridge Partners, Kairos, along with some early investors Mukesh Bansal and Ankit Nagori. Y Combinator, American seed accelerator is also an investor in Groww. These funds will be used to strengthen its technology and build scalable growth channels.

Groww was founded with its headquarter at Bengaluru by Lalit Keshre, Harsh Jain, Ishan Bansal, Neeraj Singh in 2017. It is an investment platform that uses data science to help its users make informed mutual fund investment decisions without any hassle. It aims to simplify investing for its users by using data science to provide personalized products.

It has already partnered with 34 top mutual fund houses including, Axis Mutual Fund, SBI Mutual Fund, Reliance Mutual Fund, LIC Mutual Fund, etc. The number of mutuals funds available on the platform is around 5000. It plans to increase its financial products and value-added services.

It is reported that there are about 200 million people with income to invest but only 20 million are regular investors. By simplifying its process by making it entirely online, including the KYC, it aims to help more people with their investment plans.

Tan Yinglan, founding managing partner, Insignia Ventures Partners, says, “Groww is the right idea, at the right time, to enable and empower a new generation of investors in India to build their financial future at a younger age, and we’re excited to be on the ground floor of this sea change. The Groww team are doing a great job building a trusted relationship with customers with its simple and convenient product offering. Over time it’s not hard to imagine that Groww will layer on more products and services to become the Amazon of Financial Services”.

Other startups competing with Groww in this space are Orowealth, WealthTrust, Fisdom, Tauro Wealth, Tipbazaar and Scripbox.