The Indian Wire » Startups » Happay raises another Rs 1.6 crore in Series B round from Cupola Venture Opportunities 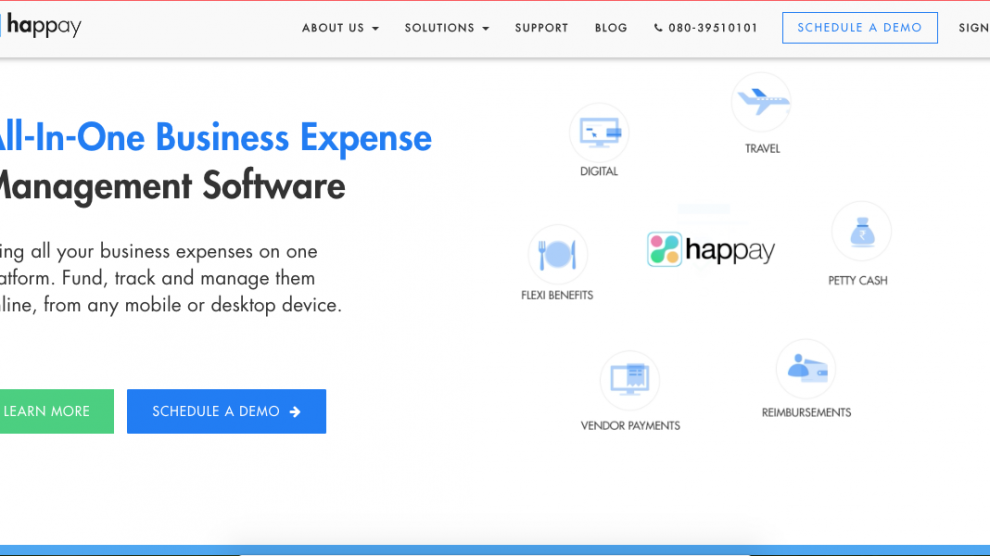 Expense management startup Happay has raised about Rs 1.6 crore in its Series B funding round from Cupola Venture Opportunities.

Happay, which operates an expense management platform, has received yet another Rs. 1.6 crore (about $250,000) in its Series B funding round from Cupola Venture Opportunities.

This new investment follows the company’s Series B funding round in which it raised about $10 million. That funding round was led by Sequoia Capital, while Singapore’s Axiom Capital, a private equity fund, and AME Cloud Ventures also participated, among others.

Along with this, the company also provides expense report generation tools, international travel cards and other card products based on spend category and scenario.

The company was founded in the year 2012 by IIT graduates Anshul Rai and Varun Rathi. Happay is a short form for ‘Happy + Payments’. By the end end of 2013, the company reportedly amassed more than 200,000 users – mostly college-going young students. Later, the founders turned towards a B2B model with the aim of helping businesses and corporates manage their expenses minutely.

According to the company’s filings, Happay reported a threefold increase in income in FY17 to Rs 10.09 crore from Rs 3.47 crore in the fiscal year before that.