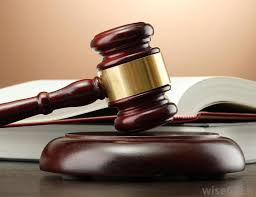 Casio, an electronic manufacturing company, based out of Japan, has filed a legal action against Snapdeal, an e-commerce startup, in the district court of Delhi. The case was filed because Snapdeal, allegedly, was selling counterfeit watches and calculators in the name of Casio.

The court granted an ad-interim ex-parte injunction order in the favour of the petitioner, restraining Snapdeal from selling, displaying, and advertising goods bearing the trademark of Casio.

“Casio is extremely sensitive towards the protection of its intellectual property rights and has been fighting against the counterfeiting menace in India. As a part of its anti-counterfeiting strategy, Casio has been fighting the traders in the local markets in India and has extended its battle against the fakes on the internet,” Satoshi Yamazaki, general manager at legal department of Casio, said.

The company has also established service centres across the country to provide after-sales-services.

“This order of the honorable court has been issued ex-parte and we will approach for review and modification of the order,” Snapdeal spokesperson said.

“In multiple recent cases, broad and sweeping injunctions granted against various marketplaces have, on review, been limited in scope to individual sellers, who may be in breach. A distinction between platforms and sellers is an important one to ensure that genuine sellers are not adversely affected due to actions of a few,” the spokesperson added.

Whereas, the interim direction by Justice Pratibha M Singh came on the plea of the three direct sellers, alleging that products under their brands were being sold on e-commerce platforms at cheaper rates resulting in financial losses to them.

They also raised concerns that the goods may be tampered with or counterfeited.

Upon the court’s direction, only those sellers who have obtained the consent will be allowed to sell their products on the ecommerce platforms. Further, the ecommerce platforms will have to display the complete contact details of the sellers who had obtained the consent of the plaintiffs to sell their products.

On the other hand, the ecommerce company claims that it operates a robust anti-counterfeiting program, Brand Shield, allowing brands to report instance of counterfeit products being sold on its platform.