Founded by Tushar Kumar and Prashant Singh in 2014, Medlife is an online pharmacy which is simplifying healthcare delivery by bringing together doctors, pharmacists, path labs and consumers on a single platform.

The online pharmacy is currently making 20,000 deliveries across 29 states and more than 4000 cities in India. As of FY19, Medlife boasts of breaching ₹1,000 crores run rate and is expecting an overall sales of ₹1,500 crores, along with an exit run rate of ₹2,000 crores during FY20.

Strengthening its place in the Indian healthcare delivery space, this year alone Medlife acquired two healthtech startups. Medlife acquired MedLabz.com in January 2019 and Myra in May 2019.

According to Crunchbase, Medlife has raised a total of $32.7 million till date. Earlier this year in April, Medlife raised around ₹120 crores from Prasad Uno Family Trust, which is Tushar Kumar’s family trust.

Other epharmacies competing with Medlife in the online healthcare delivery space includes PharmEasy, 1Mg, Netmeds and Medplus, among others. 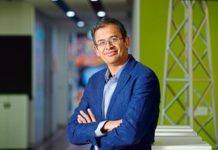