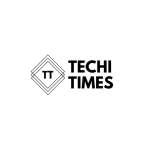 MobiKwik, one of the leading mobile payments providers in India, is reportedly raising ₹640 crores – ₹960 crores in the next funding round. The name of the potential investor(s) is not yet disclosed. According to a TechCrunch report, the startup is targeting a valuation of ₹6400 crores ($1 Billion). The report has also confirmed that MobiKwik is in talks with a number of investors, including institutional investors and financial institutions.

Speaking on the development, Upasana Taku, Co-Founder MobiKwik claimed that MobiKwik is profitable in terms of net numbers. Also, if the cost of merchant acquisition is taken out of the equation, MobiKwik has been registering operational profit for quite some time now. She also stated that the startup is planning to launch a lot more services, which include online lending, insurance and other financial services. The sole aim of launching these services would be to increase the profitability level in the coming years.

MobiKwik will be using ₹290 Crore ($45 million) to grow the number of users and to hire more capable people. Apart from this, they are also planning to open six new offices in the coming years.