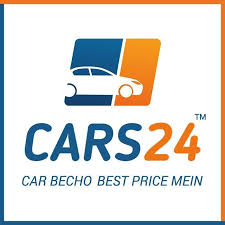 CARS24 was founded by Vikram Chopra, Mehul Agrawal in 2015. It is the platform for buying and selling cars in India, having revolutionised the way pre-owned cars are sold in India.

Also, the company recently announced its foray into the franchise model and intends to scale up its presence in 300+ tier two, three, and four markets by 2021.

According to the sources, Cars24 reported a four-fold increase in losses to INR 325.6 crore for the year ending 31 March, 2019 from INR 79.0 crore in the year-ago period.

Furthermore, Cars24 declares that it does about 13,500 transactions on monthly basis, with an average order value of INR 3.5 lakh. The platform also claims to be doing a transaction of 1.5 Lakh cars per year and targeting 1 million annual transactions by the end of 2021.

The company also claims to own over 10,000 channel partners, registered on its platform and vows to surge the network to more than 20,000 partners by 2021.

Similarly, other other startups, under the similar roof include CarTrade, CarDekho, Cars2you, Droom, CarWale, Carnation, OLX and among others.