Post investment, the company Spinny will be valued at $150 million, as per the sources.

The platform Spinny will use the infused financial to expand to more areas.

“Spinny has grown well in the past year, despite being in a somewhat crowded market. It also wants to raise a large round while investor sentiment is still positive, and will have enough runway without worrying about capital for at least a year,” said source, among those cited above.

Spinny was founded by Niraj Singh, Mohit Gupta and Ramanshu Mahaur in 2015. As per the LinkedIn page, it is a buyer-focused platform catering to used cars exclusively.

The sources also revealed that while General Catalyst will write a smaller cheque, Norwest is expected to invest about $10 million.

It is currently present in Delhi, Noida, Gurugram and Bengaluru.

Furthermore, as per the reports, automakers, however, saw a glimmer of hope in October’s sales, with passenger vehicle sales rising 0.3 per cent after nearly a year of weak sales.

Some of the significant platforms under the similar roof include Cars24, CarDekho, and many more. 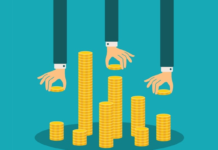