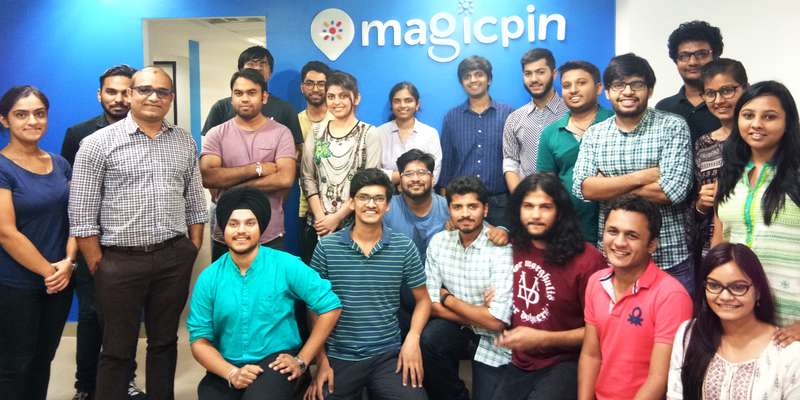 As per its LinkedIn page, the platform Magicpin claims to have a user base of more than five million, is present in over 40 cities in India, including the top metros.

Magicpin was started by Anshoo Sharma and Brij Bhushan in 2015. As per its LinkedIn page, Magicpib is on a mission to make hyperlocal magical. It claims to be the largest marketing platform for offline retail in India, driving $1B+ of annual business to retailers across the country.

Pin a location on the map to find the coolest people, places and rewards hidden all around you from the hippest cafés, to the yummiest dimsums, the trendiest fashion boutique, luxurious spas, health clubs, best discounts on grocery stores and more.

Magicpin users share bills from their purchase and get rewarded in ‘magicpin points’ that can be used to buy services and products at magicpin partner merchants.

The company Magicpin plans to expand its footprint to around 200 cities in India by the end of next year.

“We are going to the smallest of the cities now…and because the model is wired very tightly, we break even very quickly. It is fairly capital efficient,” Sharma said.

Sharma further said that Magicpin is close to $30 million in annual GMV run rate there and we believe that market will grow much faster.

The company may expand into emerging markets in South East Asia over the next few years, he added.

The company claims to help its users discover restaurants, fashion, grocery, and electronics stores and products, in their neighbourhood and city.

Sharma added that the app helps connect thousands of small retailers, most of whom do not spend on marketing, as well as large retailers, to consumers.

It offers a rewards program through which users earn points for sharing pictures of store bills, for example, which helps the company collect data on transactions.