redBus, India’s largest online bus ticketing platform, on Wednesday, launched its carpooling service ‘rPool‘. The service allows office commuters to avail and offer rides in their personal vehicles to others while travelling between home and office.

The pooling service uses advanced technology to connect ride givers and ride takers in a fast convenient manner possible. Its matching algorithm ensures that ride givers don’t have to deviate from their daily work route and ride takers get to travel the maximum distance of their commute as a part of this service, according to the company.

While, the carpool service is integrated into the redBus app, it is, reportedly, now live in Bengaluru, Hyderabad and Pune.

“rPool, our new carpooling service, is a systematic solution, not only to decongest roads but also offer commuters, a viable option that helps them save fuel and time. With the right implementation and adoption at scale, carpooling can significantly reduce vehicular traffic during peak hours in urban cities,” Prakash Sangam, CEO of redBus said.

Bengaluru-based online bus ticketing startup redBus was founded in 2006. The ticketing platform has transformed bus travel in the country by bringing ease and convenience to millions of Indians who travel using buses.

By providing widest choice, superior customer service, lowest prices and unmatched benefits, redBus has served over 8 million customers. The company has a global presence with operations across Indonesia, Singapore, Malaysia, Colombia and Peru apart from India.

Significantly, in the midst of the increasing traffic congestion and other pollution related issues, the launch of rPool has the perfect timing when the country needs to develop sustainable solutions to deal with environment menace.

Sangam further explained that if four people share one car for 10km via the rPool platform, one can save around 4 to 5 litres of fuel thus reducing the CO2 emissions by nine to 11kgs.

The company claimed to have sold more than 180 million bus tickets till date and has a customer base of around 20 million users.

Importantly, the carpooling service will also allow the women to ride givers or takers to choose to travel with women alone. It will use number masking to allow users to connect with each other via the redBus app without revealing their phone numbers to each other thus ensuring privacy. 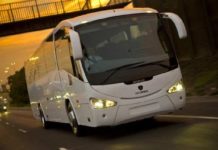 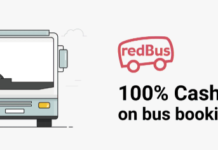