Gurugram-based multi-brand loyalty management company Payback is looking to partner with point of sale (PoS) terminal firms, in order to expand its reach to neighbourhood stores.

The recent move is aimed at increasing customer transactions by expanding its customer base through neighbourhood stores.

The accumulated points can be used to facilitate free shopping. Other benefits include discounts on purchases through points earned or through coupons and special offers.

“Payback helps customers redeem loyalty points across organised retail and large partners. Now, the strategy is to expand the acceptance infrastructure to smaller neighbourhood stores as well. We have already struck a partnership with (PoS deploying company) Pine Labs to enter into that segment and are planning to get more such partnerships,” said Rijish Raghavan, chief operating officer, Payback.

Payback has partnered with more than 100 retail chains to further its goals. Among its retail partners include ICICI Bank, Big Bazaar, Mobikwik, and Central mall, among many others.

The company claims to have 2.5 million monthly users on its platform. It also claims to have a few affiliate partners to drive traffic to its businesses.

Major PoS solutions provider in the country include Ezetap, MSwipe, Innoviti, and Mosambee, among others.

The recent partnership will help Payback to expand its user base, as a majority of the shopping takes place at neighbourhood stores. 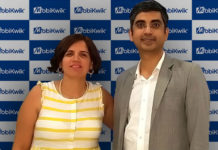