Paytm Mall, the e-commerce entity of Paytm formed last year seems to be getting serious about expanding its business. After announcing spending money for merchant onboarding and improving logistics services, the company is now ready to spend over ₹1,000 crore for the festive season sale.

As per the reports, Paytm Mall is planning to spend about ₹1,000 crore for the purpose of marketing, offering cashback discounts and for the promotions of deals and products. This will be done in the months of September and October in the run-up to its first festive season. Earlier today, we had reported that FMCG companies are going to increase their advertising budget by as much as 20% in the festival season to drive sales.

With such an aggressive expansion strategy and a big budget, Paytm Mall is surely going against the dominating players of the market — Amazon India and Flipkart. The Alibaba-backed company is aiming to take a pie of the huge revenue potential during festive sales.

According to the research firm Forrester, the marketing budget of Paytm Mall is over three times more than what Amazon India, Snapdeal and Flipkart spent during last year’s festive season sale.

Paytm Mall has on-boarded around 1,000 brand stores and 15,000 brand-authorised retailers on its platform. Earlier, the platform had no brand stores. It is now planning to add 5,000 large brands and shops ahead of Diwali sale.

This festive season, while online retailers will focus on spending money and taking away business from shops in the neighborhood, we will work with them and bring special offers for consumers to shop from their nearby markets by enabling these shopkeepers with mobile technology.

Paytm Mall is aiming for a $4 billion gross merchandise volume by end of this year. The company could give a tough competition to its rivals in the categories like consumer electronics and appliances, but fashion retail is something that Paytm Mall need improvement. Flipkart remains the leader of online fashion sale, thanks to its two subsidiaries — Myntra and Jabong, and is followed by Amazon India.

The company had started improving its eCommerce platform since last few months. In July, it removed around 85,000 sellers from its platform as they failed to meet the standards. Later, the company announced that it will be spending ₹32 crore to on-board over 50,000 sellers, and ₹224 crore to improve its logistics service. 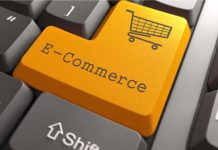