Existing investor that participated in the round includes Edelweiss and Beenext. While the new participants include Dream Incubator, Sunjay Kapoor of Sona BLW, along with Telama Investment.

The fresh funds will be used to boost technology, enhance product offering and build brand awareness, as it looks to expand its outreach.

Revv was founded by former McKinsey executives Anupam Agarwal and Karan Jain in 2015. The startup aims to build mobility products curated for the Indian consumers.

Talking about the investment, Y K Koo, MD, and CEO, Hyundai Motor India, said, “Hyundai Motor India has been growing rapidly with its outstanding performance and has become a strong market leader in India. We are just about to step forward and expand our business into the future mobility field with Revv. Hyundai Motor India will build a prominent system with both ‘Open Innovation’ strategy and India’s fastest growing self-drive car-sharing company, Revv.”

This self-driving rental startup is currently operations in 11 cities across India, including, Bangalore, Hyderabad, Chennai, Mumbai, Pune, Delhi-NCR, Chandigarh, Jaipur, Vizag, Mysore, and Coimbatore. It also plans to expand to 30 cities in the next 12 months.

Revv can also leverage the strong global network of its partner Hyundai, to further expand its consumer base in the future, along with strengthening its capabilities.

The startup had last raised an undisclosed amount in debt funding from Mahindra Finance and LeasePlan and had also raised $9 million in series A funding, both in August 2016.

Other players in the car rental space competing with Revv include Zoomcar, MyChoize, Drivezy, MilesCar, among others. 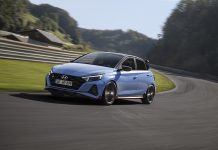 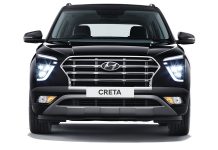 Hyundai launches new base variant of Creta; gets another price hike of upto INR 12,000