Sashi Reddi, entrepreneur, and seasoned angel investor has announced a ₹688 Crores ($100 Million) fund to invest in early-stage technology startups. Sri Capital Fund-I, registered in Delaware, has already finalized the first close of ₹270 Crores ($40 Million), which includes a commitment of ₹140 Crores from the family fund. The fund is expected to raise the complete corpus by March 2019. The fund will target investments in enterprise solution startups working on deep technology.

An investor in over 30 companies, Reddi has startups including FabHotels and YuppTV in his portfolio, where he had invested on behalf of his family find, known as Sri Capital.

“We focus on deep tech because if there is one sector that absolutely needs US market access, it is that. Given our extensive network and relationships with CTOs and CEOs of large companies in the US, we can provide an immediate opportunity for startups to prove out their tech with buyers and partners quickly.” Reddi was quoted by ET.

The development to launch this fund comes at a time, when the early-age startups in India have found it difficult to raise funds. According to media reports, in the first quarter of 2018, the early-age deals fell 45% to 112.

The new fund, however, plans to invest in pre-series A and series A rounds, with a ticket size of ₹7-20 Crores ($1-3 Million). 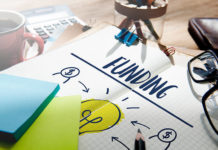 Fintech platform Shubh Loans bags INR 34 cr as part of series A2 funding round from Omidyar Network, SRI Capital, others