After acquiring WeWork, a co-working space provider giant, Softbank, a Japanese multinational conglomerate, is now looking to reduce the strength of WeWork’s global team by laying off around 4000 employees, reported Inc42.

As per the sources, the laying off of employees is the aggressive turnaround plan of Softbank after it acquires control of WeWork.

Sources further revealed that the employment slack will impact around one-third of WeWork’s global force of 14,000 employees.

While, Marcelo Claure, CEO at SoftBank said that the company would have to right-size its business to reach profitability and that would include job cuts.

At present, WeWork has 26 coworking centres in India with a total capacity 39,000 seats spread over three million sq ft area. It has nine centres each in Bengaluru and Mumbai, while another five in Gurugram, Haryana.

On the other hand, Japan-based Soft Bank Group, is known for its leadership by founder Masayoshi Son. It, now, owns operations in coworking space, broadband, fixed-line telecommunications, e-commerce, internet, technology services, finance, media and marketing, semiconductor design, and other businesses.

Sources added that SoftBank has an aim to achieve 90 per cent occupancy rates in its important markets, which includes US, Europe, and Japan.

Similar to WeWork, other co-working startups in India include GoWork, OYO Workspaces, Awfis, 91Springboard, among many more. 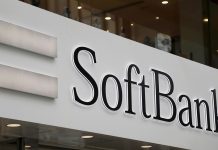