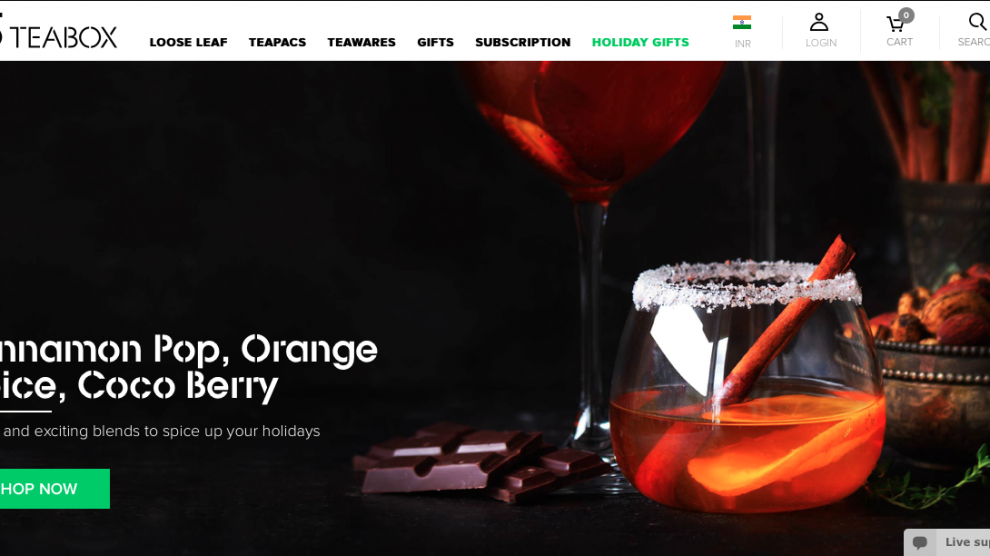 Teabox has raised around ₹45 crore in its funding round from RB Investments and Accel Partners, along with debt funding from DBS Bank.

Teabox, a premium tea brand, has raised around ₹45 crore in its new funding round from venture capital firms RB Investments, along with the company’s existing investor Accel Partners.

Along with them, DBS Bank has invested in the current round, but opted to invest as a debt fund. The investment from DBS Bank accounted for around 5-7% of the total deal value.

The proceeds of this new funding round will now be used by the company to expand its backend infrastructure such as cold chain processing centres, automating its manufacturing units and support growth in key markets such as US, Russia and now India.

The company is also looking to beef up its production capacity to atlas three time more. It is also planning to open new stores in cities like Bengaluru, Mumbai and Delhi.

Commenting on this new funding round, founder and CEO of the company Kausshal Dugarr said:

Apart from our own stores, we are also looking to feature ourselves in premium modern trade outlets and going really aggressive on it. This is the inflection point for us to transition from an online only to a pure omni-channel company.

Teabox, which sells its teas online through its website and Amazon globally, is expecting to close the year 2017 with around 3.5 times increase in revenue growth and expects the offline stores to contribute double-digit growth over the next few years.

The company was founded by Kausshal Dugarr in 2012. Teabox says that they are on a mission to ensure every cup of tea consumed in the world is fresh. The company further says that they source direct from over 150 estates across India and Nepal.