Time Internet — an internet subsidiary of the Times of India Group, has reportedly acquired MX Player, a video playback application for about Rs. 1,272 crore ($200 million). The development was first reported by The Ken.

The report suggests that this is an all-cash deal and was closed a couple of weeks ago. This acquisition could help the company launched its own OTT (over-the-top) video service, similar to Netflix, Amazon Prime Video and Hotstar.

MX Player is very popular in Asian countries — India, Bangladesh, Pakistan, Sri Lanka, Iran among others. The app has constantly been among the top 10 apps in India and among the top 20 most used apps it other countries.

According to an estimate by AppAnnie, MX Player has been downloaded for around 63.6 million times by Indian users on their Android smartphones. This includes  80% low end smartphones and 20% high-end smartphones.

The report on The Ken mentions that Times Internet has already started working on the over-the-top app and is currently testing the service with another version of MX Player called “MX Player Online 2018 (beta).

All the operations of the OTT app will be headed by Karan Bedi, who is the former chief operating officer of EROS. In 2015, the company had launched Box TV in its very first attempt to enter the OTT space. However, the platform didn’t perform as expected and was shut down in 2015.

According to a report by Media Partners Asia (MPA), the Indian online video market is poised to increase from $340 million in 2017 to $1.6 billion by 2020, growing at a compound growth rate of 35%. One of the biggest reasons behind this growth has been increased digital penetration and adoption of smartphones and the Internet.

In the past years, many major companies have entered the Indian video streaming industry. In 2016, Netflix and Amazon Prime entered the competition along with local players, Star-owned Hotstar, Voot (Viacom 18) and OZee (Zee TV). The competition is about to get intensified with the entry of Times Internet as well as Aliababa, which is soon expected to launch its OTT service in India. 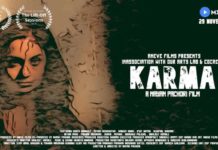