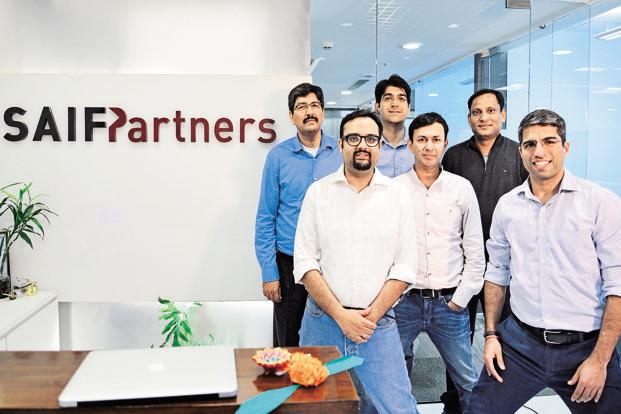 China and India-based early-stage venture firm SAIF Partners was founded by Andrew Yan in 2001. It is a sector agnostic investment firm that focuses on seed stage startups across various domains.

SAIF Partners is one of the prominent investors in the Indian startup ecosystem. It has some of the biggest Indian startups in its vast portfolio. Amongst the invested sectors, include consumer, education, finance, healthcare, logistics, and internet.

Here is a list of top 10 SAIF Partners investments in India:

India’s leading digital payments startup Paytm was founded by Vijay Shekhar Sharma in 2010 with its headquarter in Noida. It is undoubtedly one of SAIF Partners most notable investments in India, although the VC firm was a little late to add this gem to its portfolio.

In March 2017, SAIF Partners, along with Alibaba invested $200 million in Paytm.

Bengaluru-based Indian food delivery unicorn Swiggy was founded by Sriharsha Majety, Nandan Reddy, and Rahul Jaimini in 2014. SAIF Partners has been one of the early investors of the food delivery giant, helping it become a leader in its industry.

In April 2015, SAIF Partners and Accel Partners led a $2 million series A round, making it the former investment firms earliest investment in Swiggy.

SAIF Partners found the growing startup early and led a $25 million series B round in June 2014.

Gurugram-based online travel agency MakeMyTrip was founded by Deep Kalra, Keyur Joshi, and Rajesh Magow in 2000. MakeMyTrip has grown to become a leader in its industry and expanded its product offerings.

In May 2005, SAIF Partners helped MakeMyTrip raise $10 million in series A funding round. Although, the investment firm has now exited MakeMyTrip after helping it during the crucial stages of its growth.

Mumbai-based local search and discovery platform Justdial.com was founded by V.S.S. Mani in 1997. Justdial has a presence across more than 250 cities in India, penetrating the tier 2 and tier 3 cities. It has expanded its platform to offer many other services to its users.

SAIF Partners has been a part of Justdial’s growth during the vital growth stages.

Pune-based online shopping platform for baby care products FirstCry was founded by Amitava Saha and Supam Maheshwari in 2010. It offers more than 2 lakh baby and kids products from more than 2,000 national and international brand to 2 million customers. It has established itself in the baby care market, providing quality products and service.

SAIF Partners has helped FirstCry in its journey since it invested $14 million in the startup, along with IDG Ventures India in February 2012.

Bengaluru-based fintech Capital Float was founded by Gaurav Hinduja and Sashank Rishyasringa in 2013. It offers collateral-free credit to SMEs and other individuals to expand their business. This credit lending startup aims to enable entrepreneurs with easy and hassle-free lending to grow their business.

SAIF Partners has been an early investor in the growing fintech startup. It first invested $13 million in Capital Float, along with Sequoia Capital India and Aspada in February 2015.

SAIF Partners has been an early investor in the startup, investing $1.4 million, along with India Quotient in a seed funding round in July 2016.

SAIF Partners first invested $30 million in Rivigo in its series B round in December 2015.