The Indian Wire » Startups » List of top, most active angel investors in Hyderabad 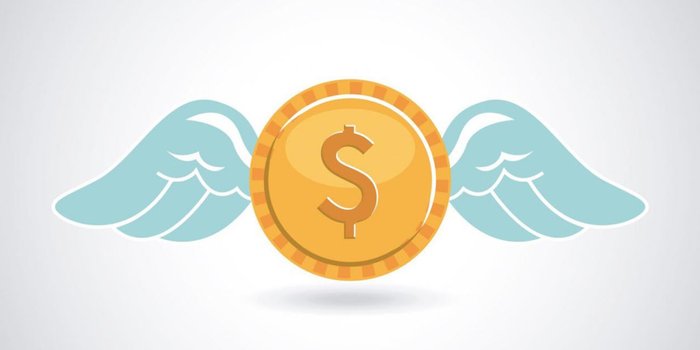 India is a growing hub of startups and while there are many budding startups in the country, they need to be mentored, guided, and funded during the early stages before they can grab the attention of any big venture capital. This is where angel investors play a key role in helping and grooming those startups.

Here is a list of top 10 angel investors based in Hyderabad:

Srini Koppolu is the Founder and CEO of NewsPlus (formerly known as Veooz), personalized news platform. He is also the First President of Hyderabad Angels, a network of angel investors, and has made more than 10 angel investments.

Some of his more prominent investments include a custom-made furniture e-tailer CustomFurnish, a skill development platform SkillPro, ALPHABETA, among others.

Rimpal Chawla is the Founder and CEO of Anitya Ventures, a boutique investment and advisory firm. This angel investor has also worked with global finance giants like Credit Suisse, Goldman Sachs, and Citibank, gaining immense experience.

Some of his investments include a growth hacking toolkit for mobile application AppVirality, a Gurugram-based online discovery platform for premium products and services Smytten, and ALPHABETA, among others.

Sanjay Jesrani is the Founder and CEO of Go North Ventures, a Hyderabad-based investment firm. He is an active member of the Indian Angel Network and has made a few investments to boost the Indian startup ecosystem.

Some of his investments include wedding photography service provider Flatpebble, Bengaluru-based drone tech startup Aarav Unmanned Systems, and healthtech startup DoctorC, among others.

Srinivasa Rao Aluri is the Chairman of QuNu Labs, a Bengaluru-based quantum cryptography company. This angel investor has previously served as Managing Director at Morgan Stanley and is an alum of the prestigious Yale University.

His investments in the Indian startup space include an online fashion e-commerce 20Dresses and Mumbai-based an online marketplace for creative professionals IndieFolio, among others.

Sreenivasa Musani is the Chairman and a Managing Director of Ektha, a technology solutions provider company. He is a BITS Pilani alum, who is also using his vast experience to mentor and help startups in their journey.

He has invested in a number of Indian startups such as an engineering and technology company Invilogic Software, along with a Hyderabad-based digital entertainment startup Silly Monks, among others.

Sashi Reddi is the Founder and a Managing Partner of SRI Capital, an early-stage venture capital firm. He is an enthusiastic entrepreneur, who has started to use this experience and expertise to help the budding new entrepreneurs in the country. He is also a board member of T-Hub, Hyderabad-based global startup catalyst.

Among his notable investments include edtech startup Yellowdig, a direct distribution platform NumberMall, and Hyderabad-based immersive technology startup Imaginate, among others.

Vineel Reddy Pindi is the Founder and CEO of Collab House, a co-working space provider for entrepreneurs and organizations to collaborate. He has a keen interest in angel investing and has invested in a few startups.

His major investments include edtech startup EngineersHub and BikeShed, among others.

Puru Modani is a Chief Strategist at the Houston Technology Center, a business accelerator. This angel investor is also an alum of IIM-Kozhikode. He has invested in a clutch of Indian startups.

Some of his noteworthy investments include a cloud-based hotel management system Hotelogix, cloud telephony startup Exotel, agritech startup eFarm, among others.

Srinivas Kollipara is the Founder and COO of T-Hub, Hyderabad. He is also a keen angel investor, who helps Indian startups through funding and mentorship. Over the years he has supported more than a few startups in their journey.

Some of the startups he has supported are SETU Software Systems, voice biometrics startup InCights, and Fortuity Infotech, among others.

Vijay Amritraj is the Founder and CEO of Voilà F9 Gourmet, premier food & beverages company. This entrepreneur has over 20 years of experience in advertising, marketing, sales, and distribution domain.

Some of his angel investments include Voilà Events and biopharmaceutical startup GeneSys Biologics.

Angel investors will continue to play a key role in the Indian startup ecosystem, as they reach to find startups in their very early stages before they are on the radars of any venture capital firms. Angel investors will play a vital role in helping this ecosystem to mature.