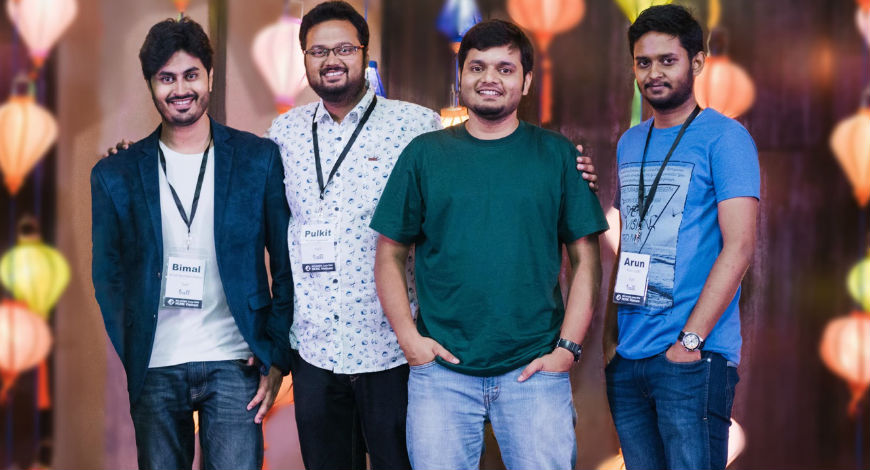 Other participants in the round included Bengaluru-based Sprout Venture Partners, Rajan Anandan, Google India’s Managing Director, Anupam Mittal, Founder of Shaadi.com, along with other HNIs.

Existing investors who participated in this round were Aprameya Radhakrishna, founder of TaxiForSure, Nirav Choksi, CEO of Credable, Shanti Mohan, CEO of LetsVenture, Nitin Gupta, CEO of Ola Money and founder of payments firm PayU India, along with Amit Lakhotia, former vice president of business at Tokopedia. The startup had raised ₹1.72 crores ($250,000) from them last year.

These fresh funds will be used to expand and boost the teams across various areas like product, technology, and data science.

Tell, a visual blogging platform for wanderers, foodies, and travellers was founded by a team of IIT Bombay alumni Pulkit Agrawal, Prashant Sachan, Arun Lodhi & NITIE alumnus Bimal Kartheek Rebba in 2017. The founders of the platform have worked with companies like Qualcomm, Samsung, Microsoft, and ITC.

Within eight months of the launch, the platform has over five lakh downloads with more than two lakh monthly active users. There are over 10,000 original posts every day and it is growing 1.5X Month-on-month since September 2017. It is available as a website and as an app on Android as well as iOS devices.

Other startups in the travel domain include Foursquare, Tripoto, Kiwi.com, Airbnb among others.