Deliveroo, a UK-based food delivery startup is reportedly gearing up to launch its operations in the Indian market. According to the sources aware of the matter, the European startup is currently scouting for a country head in India as well as a full-fledged team.

With its entry in the Indian market, the company will be competing against the well-established local players such as Zomato and Swiggy, among others. The company will also be up against Uber’s UberEATS as well as Foodpanda India, which was recently acquired by Ola from Delivery Hero.

According to the person aware of the matter, cited by Economic Times, “They are in the midst of getting on board a person who will spearhead the launch in India along with building a team. After securing new funding, expanding into new geographies was on the cards for them.”

Deliveroo was founded in the year 2013 by former investment banker Will Shu. The company, which is headquartered in London, is currently operating in about 140 cities across 13 countries in Asia-Pacific, Europe, and the Middle East.

Food-tech sector in India received a lot of interest from investors during 2014-15, but it soon wore off after seeing a huge cost of customer acquisition and no viable business plan. Following that, many startups in the space shut down their shops. However, investors are now again interested in the Indian food-tech space, with more tech giants entering the market. 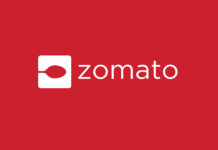