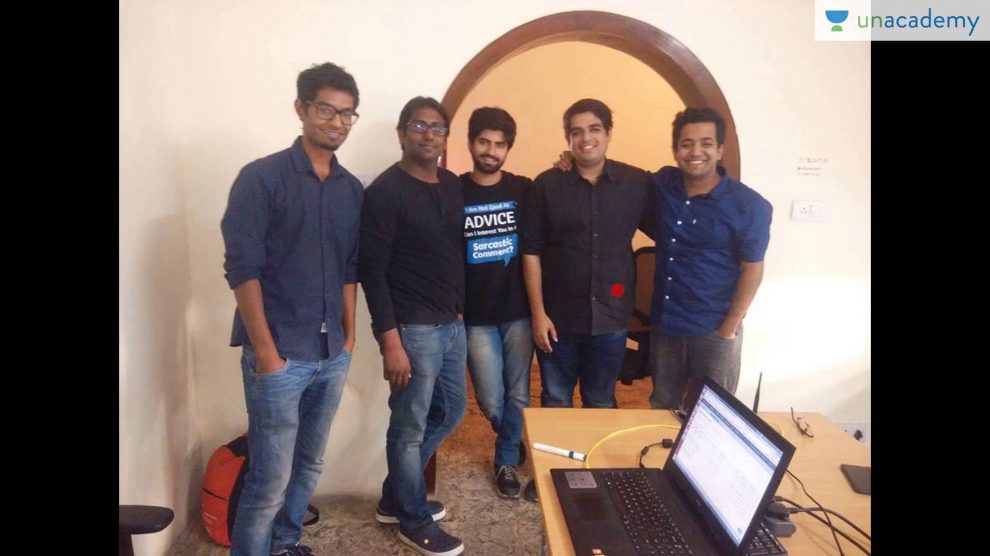 The funds raised will be used to onboard new educators on the platform, along with introducing new course categories like pre-medical, GATE and CAT, and to further strengthen its core product and technology team.

On the investment, Shailendra Singh, managing director, Sequoia Capital (India), based in Singapore, said, “Sequoia India is thrilled to lead the new round in Unacademy, which is already making a big impact in India’s online learning space. Gaurav, Roman, and Hemesh are driven founders with a very focused mission, and that has a clear effect on the pace of production innovation, team building, and overall growth.”

Unacademy, India’s largest free learning platform was founded by Gaurav Munjal, ex-founder and CEO of Flatchat, along with Roman Saini, Hemesh Singh, and Sachin Gupta. It was launched as an educational YouTube channel in 2011 but was launched as a platform in 2016. It helps students to prepare for different competitive exams providing them with comprehensive study materials along with video tutorials.

Unacademy has over 50,000 online lessons along with 1.3 million registered users taught by around 4,000 educators. So far Unacademy has raised $38.6 million, with its last funding round led by Sequoia and SAIF that raised ₹73 crores ($11.5 million).

The edtech market is expected to touch $1.96 billion by 2021 from $247 million at present, according to a report by Google and KPMG in May 2017. There is a huge potential for growth in the Indian edtech market and there are many players eyeing for this market already.

The competition in the edtech space is fierce at the moment in the Indian market with BYJU’s attaining a unicorn status recently, after raising money from Tencent and BCCL. Other players in this market providing competition to Unacademy are Simplilearn, Meritnation, NeoStencil, Toppr, Embibe, among many others.