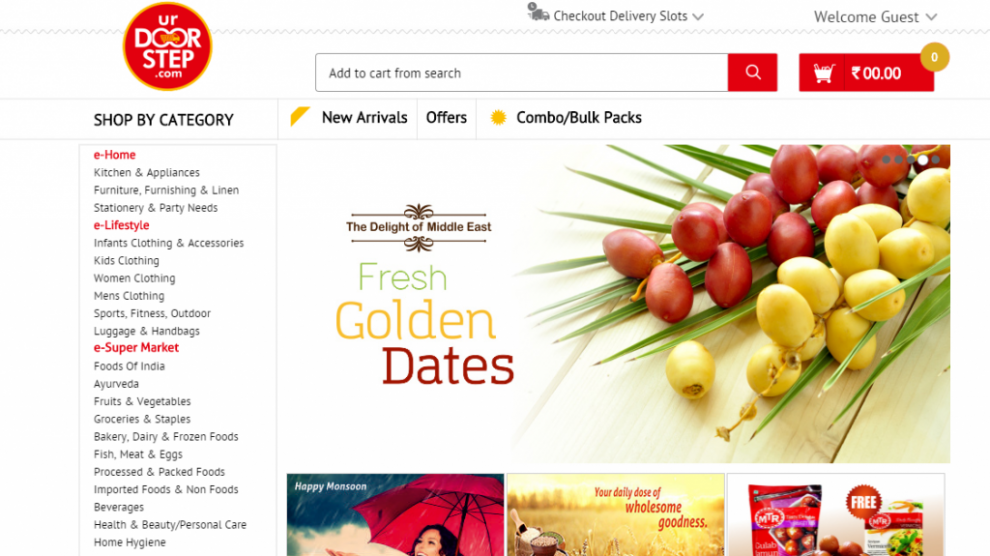 UrDoorStep, Bangalore based online hypermarket has raised ₹10 CR in a bridge round to expand citywide.

UrDoorStep, Bangalore based online hypermarket has raised INR 10 Cr in a bridge round. The investment came in 2 parts, one of them coming from an HNI as investment and other half came from Lakshmi Vilas Bank as debt.

UrDoorStep was founded by Dinesh Malpani in October 2015. Currently operational in Bangalore, it delivers kitchen appliances, grocery, furniture and appliances to various areas in Bangalore. It claims to have over 9000 farmers across India associated with it to deliver seasonal and non seasonal farm products. Currently, it serves 60-70 pin codes across the city and with the latest investment, it plans to cover even greater area of Bangalore.

Speaking on the development, Dinesh Malpani, Founder UrDoorStep stated that the latest round of funding will be used to cover more areas across Bangalore as well as to eyeing a breakeven by the first quarter of next financial year. He further added that there has been a positive cashflow for the startup and working out the cost of user acquisition and logistics, achieving breakeven will not be too hard.

Earlier in July this year, it had raised another bridge round of funding from CP Murali, former president of Aricent Technologies.

Other notable names in the same domain include the likes of Bigbasket, Zopper, Shadowfax, Zopnow, Satvacart and Ninjacart.