Ventureast, Bengaluru-based venture capital firm has lower the target for its sixth fund to ₹640 Crore ($100 million) from the original target of ₹965 Crore ($150 million) and planning to achieve the sum by September end. The technology-focused Ventureast, which invests in seed funding and other companies is supported by a number of long-term institutional investors, including insurance companies, overseas-multilateral and national institutions.

Sarath Naru, managing partner at Ventureast commented that “All our funds have been in the similar range for the last seven to eight years. We don’t want to extend fundraising because we are seeing a lot of good deals, the work needed to back these companies is multi-dimensional. Also, some companies are able to show a lot of traction at early stages but fizzle out later. A lot of companies fall into the gray area. So having more investors to back companies early on ensures startups stand a better chance of getting funded,”

The firm believes in doing more than 25 deals from the current fund and within that up to 18 deals are made from its Proactive Fund I. Ventureast recently shifted to a new office in the Bengaluru to move closer to the early stage startup ecosystem. 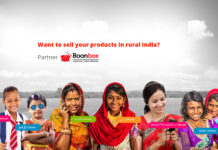 Ventureast leads series A round in e-commerce startup Inthree