Sheroes, an online platform for the growth of women, has announced that it has acquired mother’s community startup Babygogo in order to deepen its presence among the female population in the country.

Commenting on the acquisition, Sairee Chahal, founder and CEO of SHEROES, said,

Babygogo has some of the best engagement numbers and a high empathy community. It has also demonstrated some of the best retention and community practices amongst its peers, and has always been high on user-centric product building.

As a part of this acquisition deal, the founders of the Babygogo platform will now join as co-founders at Sheroes. This acquisition marks the second acquisition in less than five months by Delhi-based Sheroes. Earlier, in August, the startup had acquired Bangalore-based online career restart platform Women Restart for an undisclosed amount.

Babygogo, which is based out of Delhi, was founded by Siddhartha Ahluwalia in March 2016. The company intends to leverage technology to handhold parents, particularly mothers, by offering baby care advice. The platform enables mothers to read content related to baby’s day-to-day care, eating habits and health.

Siddhartha Ahluwalia, Founder of Babygogo, believes that through this acquisition, Babygogo community members can benefit from the strong ecosystem legacy of Sheroes, as well as through their relationships and existing women’s communities. He adds:

Over a period of time, we have found that the queries of mothers go beyond the realm of baby care, and they also post queries and have conversations around careers, mental health and personal care. This is an indicator that our community does seek support around aspects that go beyond their identity as mothers.

Sheroes, founded by Shairee Chahal, operates an enterprise platform that operates products like SHE—a platform to prevent sexual harassment at work and a managed remote solutions programme. Last year, in August, the company raised Rs. 12 crore in a Series A round. 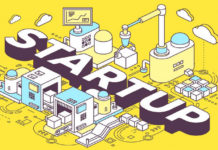