While the details of the deal remain undisclosed, the size of the deal is expected to be around ₹120 crores, as reported by Economic Times.

Post acquisition, Prashant Mohite, will continue as CEO of Supreme Trans Concepts, while also taking the role of Executive Vice President at ZipGo.

The latest acquisition comes months after ZipGo raised around ₹200 crores in series B funding led by Essel Group, in August 2018.

The acquisition is in line with ZipGo’s plans to expand into electric buses market while leveraging Supreme Trans Concepts’ network to launch Mumbai-Pune bus service.

Talking about the acquisition, Pritesh Gupta, Co-founder and COO, ZipGo, said, “This is our first acquisition. Supreme Trans Concepts is a clear market leader in Pune. ZipGo did not have a presence in Pune and hence this acquisition is operationally synergistic as well…The combined business is undisputedly the largest technology-driven, B2C bus company in India on all metrics including cities, fleet size, employees, rides per day, and most importantly, revenues.”

Supreme Trans Concepts has a fleet size of 270 buses, 150 of which are used for intra-city bus services – MetroZip and CityZip.  The remaining 120 buses are used to provide employees transportation services (ETS) to several IT companies in Pune, including Amdocs, Accenture, Infosys, Wipro, Cognizant, and WNS. With this acquisition, ZipGo will get access to this entire fleet.

The startup has over 200 employees, serving more than 23,000 customers daily and has a revenue run-rate of over ₹42 crore per year.

ZipGo was founded by Jitender Sharma, Gaurav Agarwal, and Pritesh Gupta in 2015. It provides inter and intra-city bus services to its individual and corporate customers. The startup is currently operational in Delhi, Bengaluru, Mumbai, and Hyderabad.

Other players competing with ZipGo in the urban mobility space include Shuttl and Cityflo.

In July 2018, Shuttl raised $11 million in series B funding round led by Amazon. 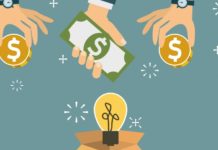 List of top, most active 30 angel investors in Delhi-NCR 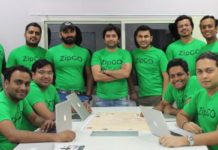