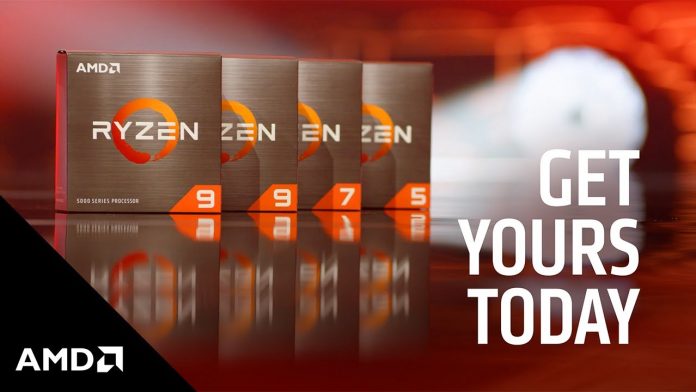 AMD has been able to gain momentum in the market and in a bid to get more market share, the company has announced the new Ryzen 5000 mobile CPUs during its keynote at the virtual CES 2021.

The two categories includes four chipsets – Ryzen 3, Ryzen 5, Ryzen 7 and Ryzen 9. The high-end offering at the H-series is the AMD Ryzen 9 5980HS that has eight cores and 16 threads and offers a 3.0GHz clock speed which can be increased up to 4.8GHz. The company introduced the new HX chips in the lineup that aims at “serious gamers”. The Ryzen 9 5900HX has 45W+ TDP and will power the best gaming notebooks of 2021 but more information has not been unveiled about the upcoming hardware.

The highest offering in the U-series is the Ryzen 7 5800U which is an eight-core and 16-thread CPU with a clock speed of 1.9GHz and can be increased up to 4.4GHz. The company claims to deliver around 17.5 hours of general-usage battery life and around 21 hours of movie playback. The CEO of AMD Lisa Su says that the company is expected to launch around 150 Ryzen 5000 series laptops at the market this year. The initial devices powered by the new chipsets are expected to be available for purchase from February 2021.