Anthony Noto the current CEO of Social Finance, als0 known as SoFi Inc., is working on bringing the company out of crisis that it has already been facing. He was previously the Chief Operations Officer of Twitter and now has officially joined as the CEO of SoFi.

“I’m going to spend the first month listening and learning, and making sure we are going in the right direction and unlock that opportunity,” Noto said. “We’re going to focus now on continuing to execute on the strategic plan, and build out our muscle and strength that would give us the option to be a public company at some point.”

Noto revealed his plan outlined for the company which was more compelling than the previous CEO Mike Cagney.  He was ousted from the company after allegation of sexual harassment in the company against him. Noto wants the company to create more broad online financial services as its forte.

SoFi has recently been under loan crisis as well and Noto has to take care of this responsibility as a CEO. “Despite strong loan volume and demand, our fourth quarter financials did not meet our expectations,” Tom Hutton, SoFi’s executive chairman wrote. The company is facing a lot of transaction management and personal loans issues which is “due to lower-than-expected credit performance,” he wrote.

“We have no specific plans, but I think it is a good company objective over the longer term,” Noto said. “The growth has been incredibly strong, the demand has been really positive, and I want to make sure that we are allocating our resources for the next wave of growth beyond 2018.” 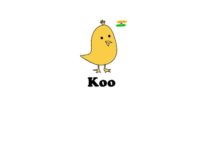