Apple is known for its software support across its portfolio. whether it’s an iPhone, iPad or Mac the device will receive updates at least for a period of 4 years. After the introduction of public beta, now end users can experience and test un-announced software at their finger tips.

Apple is getting ready to launch their next big iPhone powered by iOS 11, to make sure that everything will be on track, the OEM has already issued 6 beta updates for iOS 11. The Recent update AKA, the 6th beta for iOS does remove few bugs and introduce few bugs.

The major thing to notice in this latest update is its revamped icons. Apple has updated their stock icons like App store, maps and notes with more simplified and flat-looking design. However, iOS users in Reddit are already talking about new icons and how apple screwed up with already existing good looking icons with new ones. 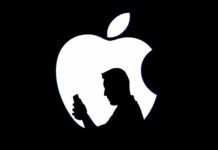 iPhones in India start at ₹29,900; All previous generation iPhones to get price cut