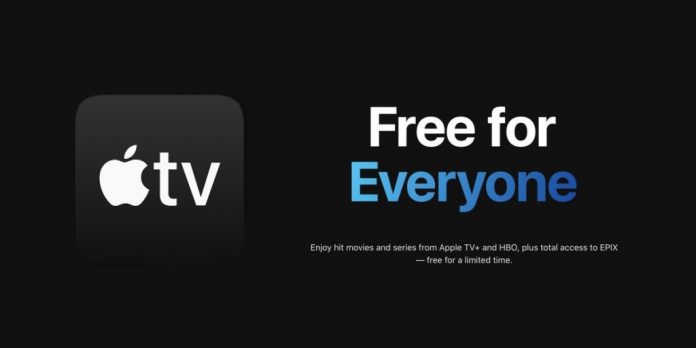 According to TechCrunch, the subscriber extension on yearly basis applies to those who subscribed to services of Apple TV Plus before 31st January 2020.

Also, users whose subscription starts before 1st November 2020 will be provided with a credit of $4.99 which is around Rs.365 for November-December 2020 and January 2021. Users will receive a notification when they get the credit through an email.

Users that did not purchase any Apple device and subscribed to Apple TV Plus in the mentioned time will get a three month extension of free membership for the service after which they would be charged.

Users would get a year of free subscription of Apple TV Plus if they purchase an Apple device. The service of Apple TV Plus is available for users on the Apple TV app on iPhone, iPad, Apple TV, iPod touch, Mac and tv.apple.com.

According to a report by Bloomberg, by February 2020, Apple TV Plus had around 10 million subscribers but only half of them used the service. It is not clear how many of them were paid subscribers and how many were using the service as a part of a free plan. Apple TV Plus has a total of around 114 Award nominations for Apple Originals and they have won 35 of them.

Apple has recently launched their new subscription bundle at Apple Time Flies event. The services of Apple One are combined in one simple plan that includes Apple Music, Apple TV Plus, Apple Arcade, Apple News Plus, Apple Fitness Plus and iCloud. The individual plan of Apple One costs Rs.165 and the family plan costs Rs.365 in India.