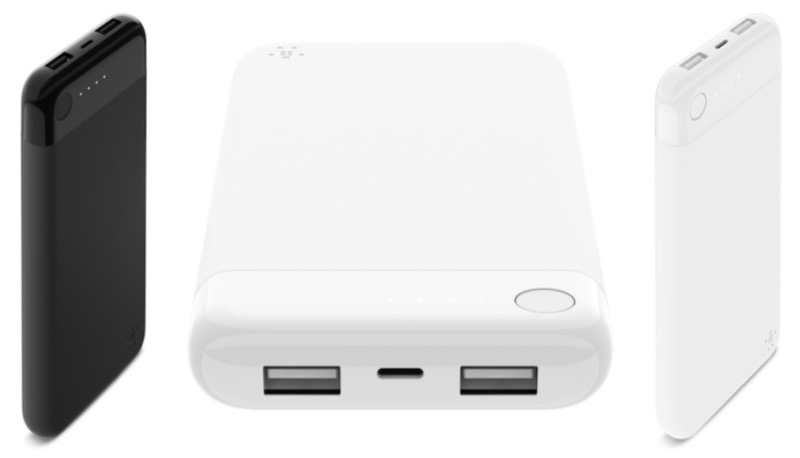 There are several power banks that can charge your iPhone or iPad, but there are few options that let you charge via Lightning cable. It has taken a long time for this to happen, but a power bank with a Lightning port input for charging finally exists, thanks to Belkin as it launched Apple certified power banks.

Belkin has finally launched its first Apple MFi-certified power bank featuring a Lightning port input for charging the battery, assuring that the product meets Apple’s standards for quality and compatibility.

MFi stands for “Made for iPod/iPhone/iPad”, and is Apple’s initiative for officially licensing third-party products for their devices. Such products using the Lightning port first launched back in 2014.

About the power bank

Apart from the Lightning port, the rest of the Boost Charge Power Bank 10K appears to be a standard power bank. The freshly launched BoostCharge Power Bank 10K with Lightning Connector has a 10,000mAh capacity, one 2.4A USB-A port, and a slower 1.0A USB-A port. The battery itself comes with 10000mAh capacity and should be enough to charge an iPhone for a few times. Additionally, there is an LED indicator to check your battery level.

While power banks most commonly use micro-USB for charging input and a few are shifting over to USB-C, Lightning offers the benefit of needing only a single cable to both charge the battery pack and use the battery pack to charge your phone. If you have a Lightning dock on your desk, you may also be able to use that to recharge the power bank, although it is significantly thicker than an iPhone so not all docks will be able to accommodate the power bank.

The Belkin Boost Charge Power Bank 10K comes in Black and White color options and the device has been priced at $59.99 (roughly Rs. 4,200). The unit is now available for pre-order on the Belkin site. Interestingly, the price is quite high when compared to power banks with similar capacity from rival companies like Anker.