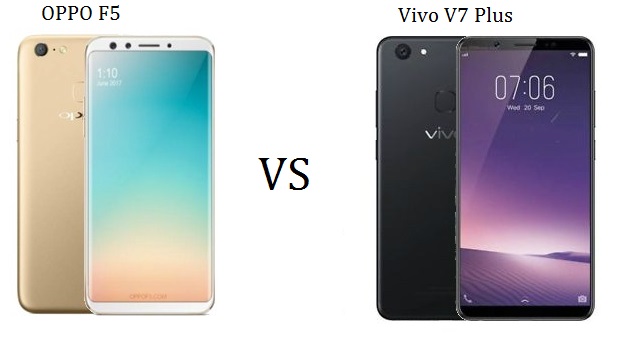 Oppo F5 and Vivo V7 +, are one of the best selfie camera smartphones available in the market. The Oppo F5 was released in October 2017, while Vivo V7 + was released in September 2017. Since both devices are self-oriented smartphones, they have tried their best to deliver the best camera. More and more brands are adopting full visual performance with their 18: 9 aspect ratio. “VivoV7 + and OPPO F5” both with competitive prices and are now available locally in stores.

Oppo F5 is much slim and thin than Vivo v7 +. The Oppo comes with a thickness of 7.5 mm while the Vivo V7 + 7.7 mm thickness. Both devices look very right in their respective budget limits. Both devices have rotated the curved edges which gives a good grip while holding the phone. The Oppo smartphone is a bit light with 152g while Vivo V7 + weighs 160 grams.

Both devices give good viewing angles. If we talk about body proportions then OPPO is 78.11%, while you get 76.47% on V7 + which means that you get more screen on Oppo F5. You will get Gorilla Glass V5 protection on Oppo F5 while you will protect Gorilla Glass v3 on Vivo V7 +. There is no problem with any device

Oppo F5 comes with a 20 MP Selfie camera and 16 MP rear camera whereas Vivo V7 + house 24 MP selfie camera and 16 MP rear camera. The camera is very good on both devices. The images are quite wide and very little disclosed that you get F / 2.0 and F / 1.8 aperture on front and back camera in F5, while you will get F / 2.0 aperture on both Vivo  front and back camera, panorama Like with beauty, many filter devices are taking many modes to enhance HDR and camera experience.

Both devices front selfie camera can take great images in a state of all lighting that looks very natural. Onboard F5 comes with LED flash on the front while V7 + comes with soft light flash. Both devices can record video with a resolution of 1920×1080 @ 30 fps. Shooting modes such as continuous shooting, high dynamic range mode (HDR) are available on both devices.

The Oppo F5 has 2.50GHz MediaTek MT6763V/CT Octa-core processor and only 32 GB of storage. The V7 + Plus has a slightly higher price tag of 24,999 but there are some advantages such as its 1.8 GHz octa-core Cortex-A53 Qualcomm Snapdragon 450 processor, larger storage of 64 GB. In graphics, F5 supports Mali-G171, while the V7+ supports Adreno 506. Both devices face late and frame drops during intense game-play. Both devices run on Android v7.1 Nougat with Color OS 3.2 UI (User Interface), while you will get a floating OS 3.2 on Vivo V7+.

F5 is packed with 3200 mAh battery, while you get 3225 mAh battery in vivo v7 +, both devices can run easily for 11-12 hours with great use. Charging on a fast charging device takes approximately 80-90 minutes, charging fully between o-100 percent on both devices. 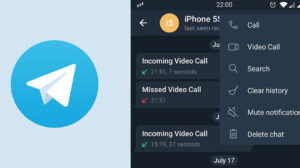 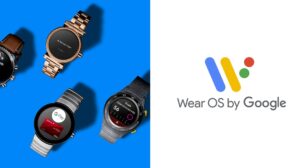