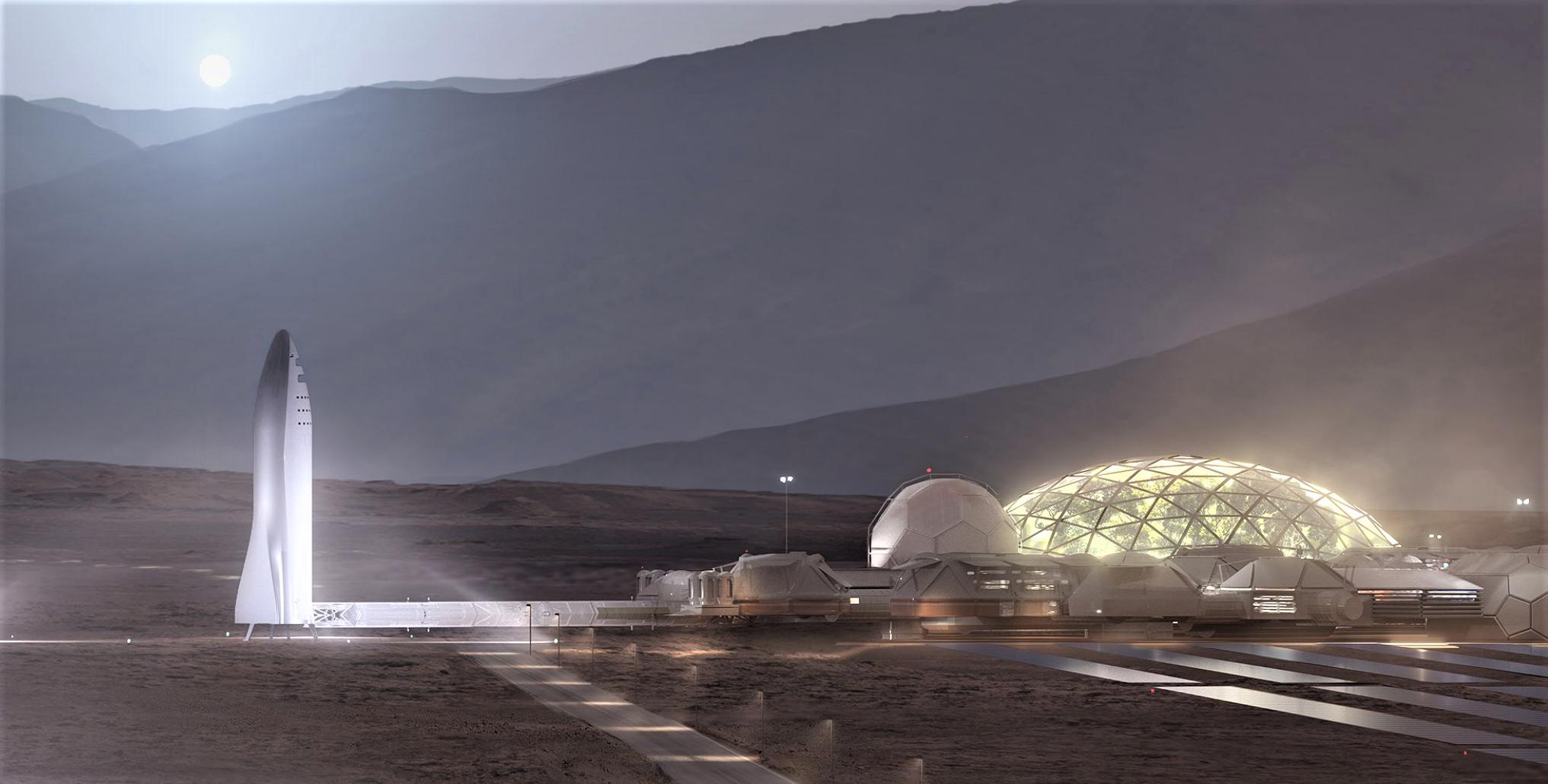 SpaceX CEO Elon Musk has announced a very tight deadline for its Mars Mission, along with tweets of the company’s Mars Base Alpha and the BFR or the Big Falcon Rocket. Musk has stated a full ‘Mars Base Alpha’ – a preliminary city on the red planet – could be completed as soon as 2028.

One of the images shows the Big Falcon Rocket (BFR), the massive rocket SpaceX is developing for deep space missions. Last year, 2017, the company announced its plans to launch 2 BFR cargo missions to Mars by 2022. SpaceX will first start testing its BFR system in the first half of 2019.

SpaceX intends to use the BFR to build a base on the Moon and for return trips to and from Mars.

The most recent images of the Mars base photo include the updated BFR design, which this year added bigger fins. Musk said it’ll probably take the company until 2028 to build a base.

The Raptor Engines are about the same size as the Merlin Engines. The new BFR and BFS design need 38 Raptor engines. SpaceX should be able to build about six to ten BFRs every year even without building more factory capacity.

The future is envisioned by 2024

Assuming the first BFRs are built and flying into orbit by 2023, then the first Mars mission would be in 2024.

Two robotic cargo flights, the first of which may be named Heart of Gold, are planned to be launched in 2024 to deploy a massive array of solar panels, mining equipment.

They will also land as well as deliver surface vehicles like bulldozers and trucks to dig and assemble the base. There will be food and life support infrastructure.