In late 2016 and early 2017, India saw strong growth in the number of 4G subscriptions, mainly due to attractive free voice and data traffic offers. “As a result, LTE (4G) accounted for 20 per cent of all mobile subscriptions at the end of 2017. The total mobile data traffic per month in India is set to grow five times in the next five years, according to Ericsson Mobility Report on Tuesday.

Based on the adoption of 4G technology, Ericsson estimates that the total monthly mobile data traffic in India is expected to have increased by five times to reach 10 EB (ExaByte) from 1.9 EB (close to 2 billion gigabytes or GB) at the end of 2017.

The total smartphone subscriptions in the country will grow 2.5 times to cross 975 million by 2023, according to the report.

According to Ericsson Mobility Report, Indian mobile users can have access to 5G services by 2022. The firm also predicted that total smart-phone subscriptions in the country would grow 2.5 times to cross 975 million by 2023. The report further mentions that with the addition of nearly 16 million mobile subscriptions, India registered the second highest number of new mobile subscriptions by country in the first quarter of 2018.

The Ericsson’s mobility report said that by the end of 2018, major mobile operators in the US will start rolling out 5G subscriptions but in India, 4G/LTE will remain a dominant technology.

The firm said that, North America would lead the 5G uptake. All major US operators are planning to roll out commercial 5G technology between late 2018 and mid-2019. By end of 2023, close to 50 percent of all mobile subscriptions in North America to be for 5G, followed by North East Asia at 34 percent and Western Europe at 21 percent.

“We also see IoT picking up in a big way with cellular IoT connections in India to reach 72 million by 2023 growing at a CAGR of 25 percent,” said Nitin Bansal, Head of Network Solutions for the Market Area South East Asia, Oceania and India for Ericsson. 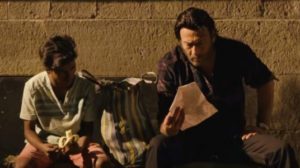