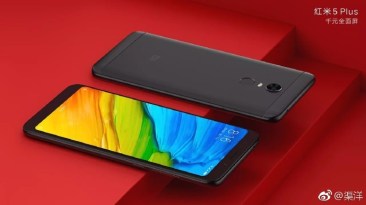 Xiaomi India gearing up for its first product launch in India this February 14. According to the latest tweet by a user on Twitter, we now have all details on what all is making way to Xiaomi’s India catalog on Wednesday. Xiaomi India will be launching the successor to Redmi Note 4. It was expected for sometime now but surprisingly, it is a minor updrade.

The tweet states that the Redmi Note 5 will sport an 18:9 aspect ratio Full HD+ display. It is a 5.7-inch display with a 2160×1080 pixels resolution. The phone will still be powered by a Snapdragon 625 and will be backed by 3GB/4GB RAM variants along with 32GB/64GB memory variants.

The cameras on the Note 5 are expected to be 12-megapixel snapper on the rear and a 5-megapixel on the front. This whole setup will be powered by a 4,000mAh battery. The Redmi Note 4 was also powered by Snapdragon 625 and it’s a surprise that Xiaomi isn’t upgrading it for the successor.

There is a dual camera setup on the back which includes a 12-megapixel and a 5-megapixel snapper. On the front, Xiaomi has put in a 20-megapixel sensor along with a LED flash. This will be powered by a 4,000 mAh battery as well. Xiaomi is also expected to bring Mi TV to India this Wednesday. The 55-inch TV might be a 4K HDR panel with the price assumed to be well below RS 40,000.

As per the reports, Redmi Note 5 and Note 5 Pro smartphones will be both coming up with the operating system of Android Nougat 7.1.2. The Xiaomi Redmi Note 5 could be fueled by a mid-range Snapdragon processor and highlight a 5.7-inch Full HD+ display with a 1080x2160p resolution. Clients can expect comparative storage and RAM alternatives as the last year’s Redmi Note 4. One of the Redmi Note 5 Smartphones will probably have a double back camera passing by Flipkart’s work of art of the gadget. Going to the Note 5 Pro, the Smartphone will likewise apparently be fueled by mid-range Snapdragon SoC. 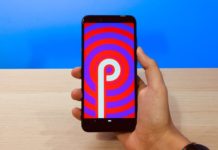 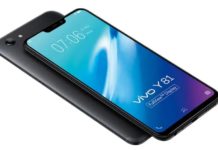