A hacking invasion to peddle Bitcoin through twitter. Investigators catch 3 people behind this master plan.

A Florida teenager has been accused of sending Twitter into a frenzy earlier this month. He hijacked the accounts of dozens of high-profile politicians, celebrities, and businesses to peddle a bitcoin scam. Hillsborough State Attorney Andrew Warren filed 30 felony charges against 17-year-old Graham Ivan Clark, who was arrested Friday.

The US Department of Justice also filed charges against other two people, 19-year-old UK resident Mason Sheppard and 22-year-old Florida resident Nima Fazeli, for their alleged role in the hack.

The main motive behind this was to steal money from people all across the USA.

The scam bitcoin account received more than 400 transfers worth more than $100,000, according to the DOJ.

Fazeli’s father told the press that he thinks his son is innocent. Mohamad Fazeli said. “I’m sure this is a mix-up.”

How did it happen?

Twitter released a statement in which they confirmed that the hack which targeted the likes of Elon Musk, Bill Gates, Obama, and many others was a result of a spearfishing attack.

The hackers allegedly relied on an approach that involves bogus emails disguised as legitimate ones to fool recipients. This leads to revealing passwords or other sensitive information. Twitter said 130 accounts were targeted in the attack, with hackers managing to tweet from 45 accounts, accessing the direct message inboxes of 36 accounts and downloading the Twitter data from seven.

They came up with this tweet after this event. 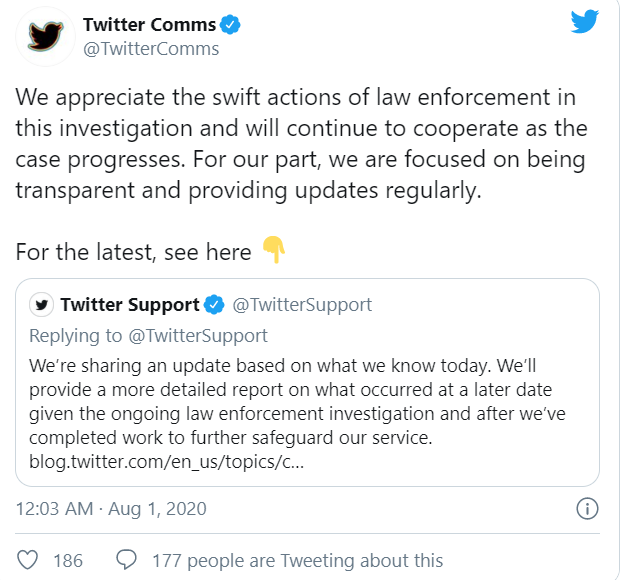 Twitter CEO Jack Dorsey said on a call with Wall Street analysts. “We fell behind both in our protection duties and restrictions on our internal tools, and for that I apologize.”

Are these three young fellows the real culprit or they have been tricked. Only time and deep investigation can tell.