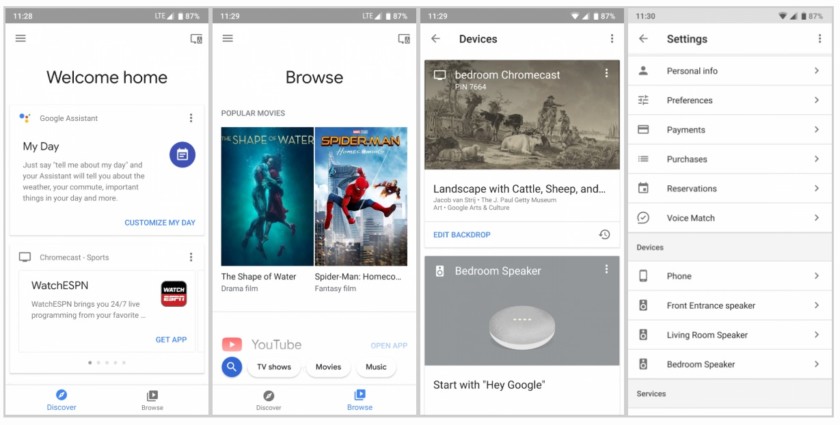 There has been a lot of transformations over the year for the Google Home app. Initially, the app was known as the Google Cast app and it was also a Chromecast app. However, now with a new redesign, it seems that some changes are coming to the app. According to some reports, the new design will bring some Material Design elements to the app.

Whats in the new design for Google Home app:

According to the reports, one of the redesign’s most notable change will be the removal of the hamburger icon. This icon was present at the top left corner. There will also be an addition of a menu bar at the bottom of the app. Another major redesign is clearly visible on the devices page, which will now look different from its current layout. Now, it looks like there will be a lot less scrolling as Google is doing away with images for each device. Now, there will be a title layout for each device rather than the images. However, there is no confirmation regarding the source of the new design. So, there is no idea when this update will be fully rolling out. However, as Google is keen to bring the Material Design to all of its products, so it is most likely that the update will roll out soon.

Android 8.1 Oreo coming to the Xiaomi Mi A1, but with an issue
New mobile airbag protects smartphones from falling!
Comment