India’s heaviest rocket till date, GSLV MkIII-D1 will fly for the maiden time today, along with the communication satellite developed by ISRO. The countdown for the launch has already begin at Srihari Kota based Indian Space Research Organisation.

The rocket will take off at 5:28 pm today evening along with GSAT -19 satellite. The launch will be from launchpad no 2 of Satish Dhawan Space Centre at Srihari Kota.

In a statement yesterday, ISRO had announced about the start of countdown which was 25 and a half hours long. The countdown started at 3:58pm yesterday. The statement from ISRO stated that the rocket will carry GSAT-19, which is 3,136 kgs in weight. This becomes even more important because this is the first time India will launch its own communication satellite from its soil and the rocket as well as the satellite, both are the heaviest ever India has launched.

GSAT-18, which was launched from Ariane, French Guiana, weighed 3,404 kgs.

Total life span of GSAT-19 is 10 years. Also, its potential provides India a great lead in terms of handling its own communication system. GSAT-19 will single handedly provide support to the communication system, which was possible with at least 6-7 satellites in the earlier times. 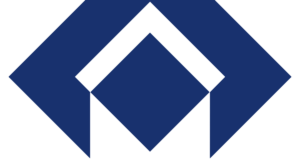