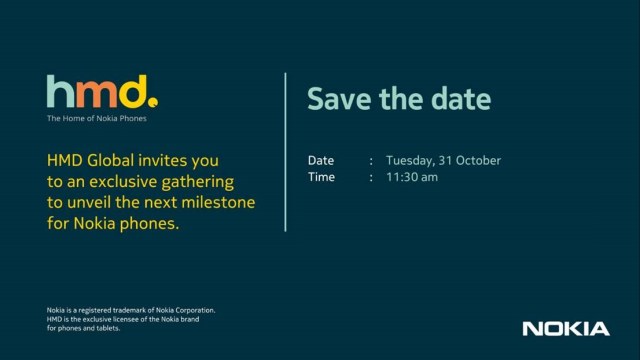 HMD Global, the caretaker of the Nokia is all set to launch a new smartphone in India on 31st October. As the company has sent an official media invite, which doesn’t specify anything about the product that can be expected at the launch.

However, from the recent developments, we are expecting either Nokia 7 or Nokia 2. Both devices have been in the news for some time and belong to a different category. So, Which one of the above-mentioned smartphones is coming first? Or can we expect both smartphones? Let’s analyse the same.

Let’s start with the expensive Nokia 7, the device was unveiled few days before in China. In terms of design is concerned, the Nokia 7 is the first Nokia device to offer all glass build with a solid 7000 series aluminium chassis (which is known for its structural rigidity and lightweight nature). In terms of display, the device is equipped with a standard 5.2-inch 1080p IPS LCD panel with Corning Gorilla Glass on the top. Under the hood, the device is powered by the latest Qualcomm Snapdragon 630 Octa-core SoC paired with either 4 GB or 6 GB RAM with 64 GB or 128 GB onboard flash storage with a dedicated micro SD card slot (up to 128 GB). 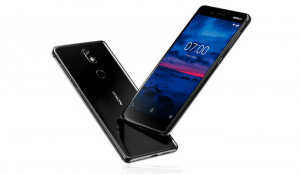 In terms of connectivity, the device will offer dual SIM card slots with 4G LTE and VoLte capability on both the slots with additional features like Bluetooth 5.0, 2.4 and 5.0 GHz WiFi and WiFi hotspot with NFC for wireless payments. With respect to the camera performance, the device offers a premium 12 MP rear-facing camera with Carl Zeiss lens, which offers F/1.8 aperture, 4K video recording and slow-motion 720p video recording capability.

In terms of operating system, the device will be powered by Android Nougat with stock user interface with a promised upgrade to Android Oreo and Android P in the near future. Finally, coming to the pricing, the device will be priced at INR 24,000 for the entry-level model. 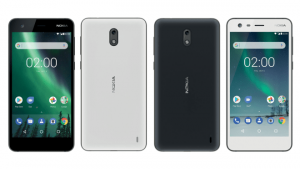 On the other hand, the Nokia 2 will be the cheapest Android smartphone from the brand with entry-level specifications. The device is expected to offer a 4.5-inch qHD IPS LCD screen, powered by Qualcomm Snapdragon 212 SoC with 1 GB LPDDR3 RAM and 8 GB onboard flash storage with a dedicated micro SD card slot.

With respect to connectivity, the device will offer dual SIM card slots with 4G LTE and Volte capability. On the camera aspect, the device is expected to feature a 5 MP front-facing and a 5 MP rear-facing camera with 720p video recording capability.

The device is also run on stock Android Nougat with a promised upgrade to Android Oreo in the near future. The most interesting part of this device is the battery if the rumours are to be believed the device will offer a whopping 4000 mAh Li-ion battery, which should offer weeks of standby time and more than 10 hours of screen on time. The Nokia 2 is expected to be priced at INR 6,000.