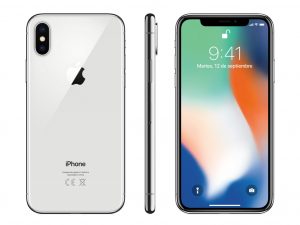 The brand power of the apple is so strong that they can accept any experiment. Apple having a good name and strong customer market resulted in its top spot in the worldwide smartphone sales.

The top four model in terms of shipment and market share is iPhone X and second, third and fourth positions are bagged by  iPhone8, iPhone8+, iPhone7 respectively. iPhone X represents 4.6% of the smartphone sold in the given period.

Although Apple does not release it’s sales figures for the individual iPhone models they confirmed that in this week’s earnings that it sold 52.2 million iPhone units with iPhone X being sold most throughout the quarter.

Apple CEO  Tim Cook said -“Customers chose iPhone X more than any other iPhone each week in the March quarter, just as they did following its launch in the December quarter,Since we split the line with the launch of iPhone 6 and 6 Plus in 2014, this is the first cycle in which the top of the line iPhone model has also been the most popular.”

Rumors say apple will only produce 8 million iPhone X units for Q2,2018, and that the company may focus on selling off an accumulated inventory of unsold iPhone X units.