Lenovo and Motorola have merged two separate business units and appointed a new boss for the Lenovo smartphone business in China, and now the group of  Lenovo team is trying to make something different in their smartphone they introduce new Lenovo Z5, without notch. The latest news is that the first sample images taken with Z5 are making rounds.

Chinese smartphone business was already stirring with the presenters. The announcement of the image, and the announcement of a challenge to Xiaomi and making a smartphone with a demonstration that captures more than 95% of people, creates great enthusiasm. Anticipation is now very high, although the new image is just a picture, the design has already made us feel “I should have it”. Smartphone name concept drawing can also be considered: “Lenovo Z5“. Either it’s a code name, or it’s actually the name of the product. The latter can be true, because some years ago, Lenovo was still trying to establish another smartphone brand with ZUK Z1. We tested the ZUK Z1 and it was good but did not have any wow effect as compared to this device.

Z5 is the heart of Lenovo’s VP because otherwise, you can not interpret many of your teasers for this smartphone. Chang Cheng also attracted me with teaser paintings. Today, Lenovo Z5 is another piece of the puzzle, which shows half of the smartphone shown by another render.

With these two partial paintings, our photographer Ira was able to give a clear glimpse of Lenovo Z5 which looks already realistic.

In the first part of the picture, something interesting is already hidden in Chinese, it says the sixth month (June). Along with this, Lenovo VP is already looking for people present for “conference”, which is most likely Lenovo Z5.

Like Vivo Apex, Lenovo can probably show Z5 as a prototype that the group is capable. It would also be doubtful that it would be in fact on the market, even at China or globally. Anyone can expect to actually build Z5: in China and Motorola through other countries. We’ll keep an eye on Chang Cheng and the brand and tell you about Lenovo Z5. 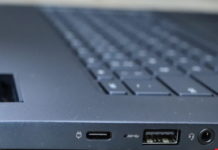 Lenovo Unveils next generation of ThinkPad Laptops, ThinkCentre PCs for Enterprises in India