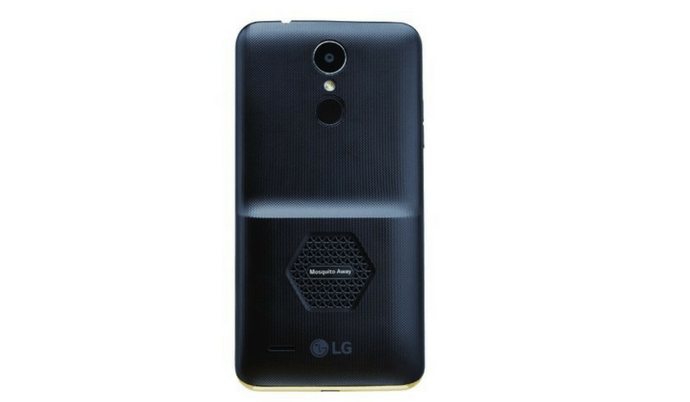 This is the addition to the already available LG K series smartphones in the country, and the smartphone was designed to control mosquito-borne diseases and infections. The design and build quality remain substantially poor compared to the competition in the market and the all-plastic design is something from the 20th century.

This is not the first time, where LG India is using the ultrasonic sensor to ussh away the mosquitos, in fact, their television set and Air conditioners where the first set of electronics to use the technology. The science behind the mosquito repellent is simple, the ultrasonic sensor produces a sound wave with sound waves, that are inaudible to humans and irritates mosquitos, making them ussh away.

The LG K7i features a 5-inch in-cell TFT 720p display, powered by unspecified 1.4 GHz Quad-core SoC paired with 2 GB of RAM and 16 GB of onboard flash storage with a dedicated SD card slot (up to 128 GB). Luckily, LG has thrown in a rear-facing active fingerprint scanner, which can unlock the smartphone in just 0.2 seconds.

In terms of camera capabilities, the device offers an 8 MP rear-facing camera with a single tone single LED flash and a 5 MP front-facing camera. Both cameras offer 720p video recording capability. The device does offer dual SIM card slots with 4G LTE and VoLte capability. It is also capable of WiFi and WiFi hotspot, NFC, Bluetooth 4.0, 3.5 mm headphone jack and a standard micro USB port to charge the 2500 mAh user replaceable battery that stays under the ultrasonic sensor.

The one more disappointing aspect of the LG K7i is the operating system, the device runs on a two-year-old Android Marshmallow with custom LG UI on the top, and the company hasn’t specified the plans for Android Nougat or Oreo update whatsoever. According to LG officials, the device should be available in offline retail stores across the country by the end of September 2017.

Infocus launches an entry-level smartphone ‘Infocus A2’ in India at Rs 5,199