The Indian Wire » Technology » Microsoft Employees Protest Use of HoloLens for War, Ask Company to Drop US Army Contract 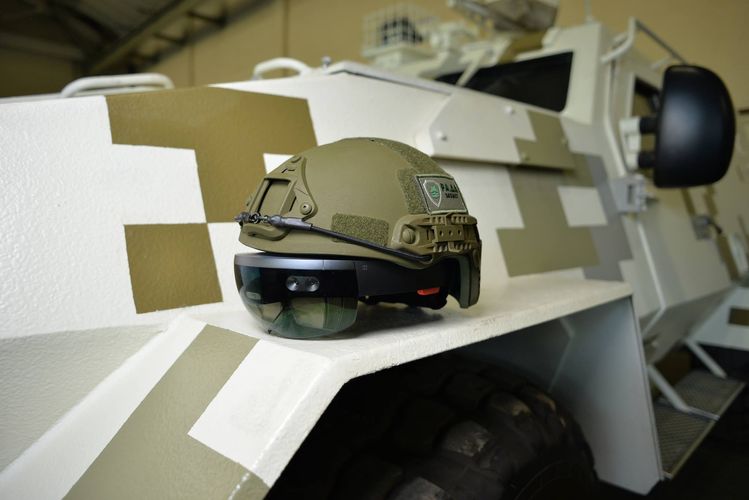 Microsoft employees are demanding that the company cancel a contract supplying the U.S army with HoloLens headsets that, according to them, would turn a real-world battlefield into a videogame.

The HoloLens displays from Microsoft are headsets that use Augmented Reality, which means users can see virtual imagery superimposed over the scenery in front of them.

The workers are objecting Microsoft’s decision to take $479 million as a contract to supply tech for the military’s Integrated Visual Augmentation System, or IVAS. Under the contract, Microsoft would be required to provide more than 100,000 headsets designed for combat and training in the military. The U.S army has described the project as a way to “increase lethality by enhancing the ability to detect, decide and engage before the enemy.”

Microsoft employees have written a letter addressing the top company executives, demanding that the company drop the contract saying the HoloLens must not be used to “help people kill”.

“We are alarmed that Microsoft is working to provide weapons technology to the US Military, helping one country’s government ‘increase lethality’ using tools we built,” the workers write in the letter, addressed to CEO Satya Nadella and president Brad Smith. “We did not sign up to develop weapons, and we demand a say in how our work is used.”

The letter, which has been signed by more than 50 employees, argues that Microsoft has “crossed the line into weapons development” with the contract. “Intent to harm is not an acceptable use of our technology,” it reads. The demands that the employees are making includes stopping development of any weapons technology, creating a public policy committing to not build weapons technology and appointing an external ethics review board to enforce the policy. While noting that Microsoft already has an AI ethics review process called Aether, the employees write that Aether is “not robust enough to prevent weapons development, as the IVAS contract demonstrates.”

On behalf of workers at Microsoft, we're releasing an open letter to Brad Smith and Satya Nadella, demanding for the cancelation of the IVAS contract with a call for stricter ethical guidelines.
If you're a Microsoft employee you can sign at: https://t.co/958AhvIHO5 pic.twitter.com/uUZ5P4FJ7X

It is not the first time Microsoft is facing criticism from its employees, in the past, the company has faced internal criticism for its work with the U.S government. Last year it was revealed that the company was providing services to Immigration and Customs Enforcement, following which hundreds of employees signed an open letter demanding that the company ends its relationship with the agency. Nevertheless, Microsoft continued to work with the government and did not cede to employees demands.

The protesting workers write that “it will be deployed on the battlefield, and works by turning warfare into a simulated ‘video game,’ further distancing soldiers from the grim stakes of war and the reality of bloodshed.”

“As employees and shareholders we do not want to become war profiteers,” the letter sent today concludes. “To that end, we believe that Microsoft must stop in its activities to empower the U.S. Army’s ability to cause harm and violence.”

Intel 5G Modem Chips to not appear in phones Until 2020, Should Apple Be Worried?
Most Laptops, Desktops Vulnerable to Attack Via Peripheral Devices: Research
Comment