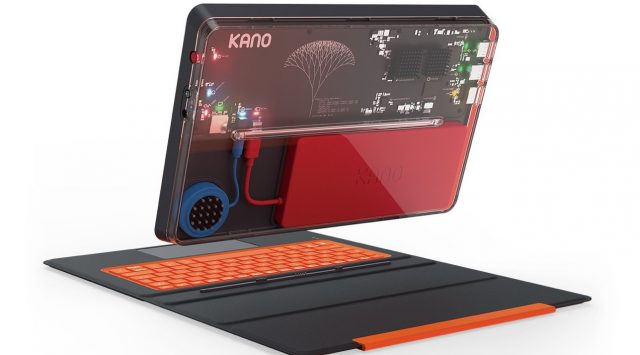 The Kano PC will not be running the Kano OS operating system instead, it will abe running Windows 10 S, the education edition of Windows 10 that is limited only to running Windows Store apps. In terms of form factor, it is more or less like Microsoft’s own Surface lineup, as it sports a little 11.6” touch-enabled display that is attached to a separate keyboard.

The Computer Kit and its touchscreen sibling brings a Raspberry Pi-centered experience that will definitely deliver on the coding side of things. Now the brand is utilizing a desktop-class operating system to take the next step forward.

With Kano PC, kids will be able to assemble their computer through instructions presented as a step-by-step storybook, and even learn more from an additional app included for this very purpose, called as “How Computers Work”, which also teaches them to code and create emojis with binary code. Another feature offered is an education edition of Minecraft which will be included in the PC, along with other Microsoft apps like Paint 3D and Microsoft Teams bundled in.

Tech specs of the Kano PC include:

The $299 “Kano PC” kit goes on sale Oct. 21 as a launching pad to get students at ages 6 and above interested in computers and software coding.