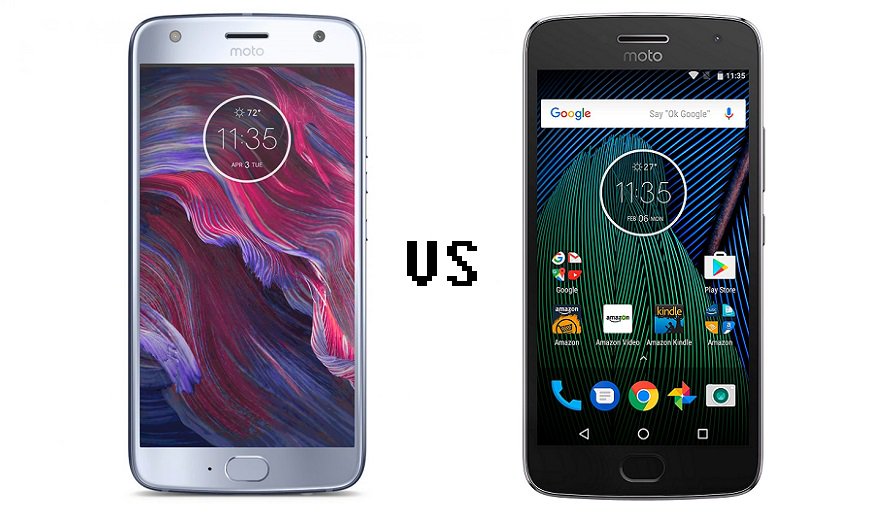 The Lenovo owned Motorola seriously needs to come up with a new naming strategy, that doesn’t confuse the actual customers. In fact, the recently launched Lenovo Moto X4 and the Lenovo Moto G5S Plus has a lot of things in common, yet they are two completely different smartphones made for a different set of people.

As a matter of fact, the Lenovo Moto X4 does offer a lot of features, which are not usually seen the mid-tier smartphone drama. So, let’s compare and contrast the Moto G5S Plus and the Moto X4. Starting with the actual price tag, the Moto G5S Plus is available in one variant, which retails in India for ₹15,999. However, the Moto X4 comes with either 3 GB and 32 GB option or 4 GB and 64 GB, these models retail in India for ₹20,999 and ₹22,999 respectively. So, for the difference of ₹5,000 what you are getting on the Lenovo Moto X4? Let’s find out. 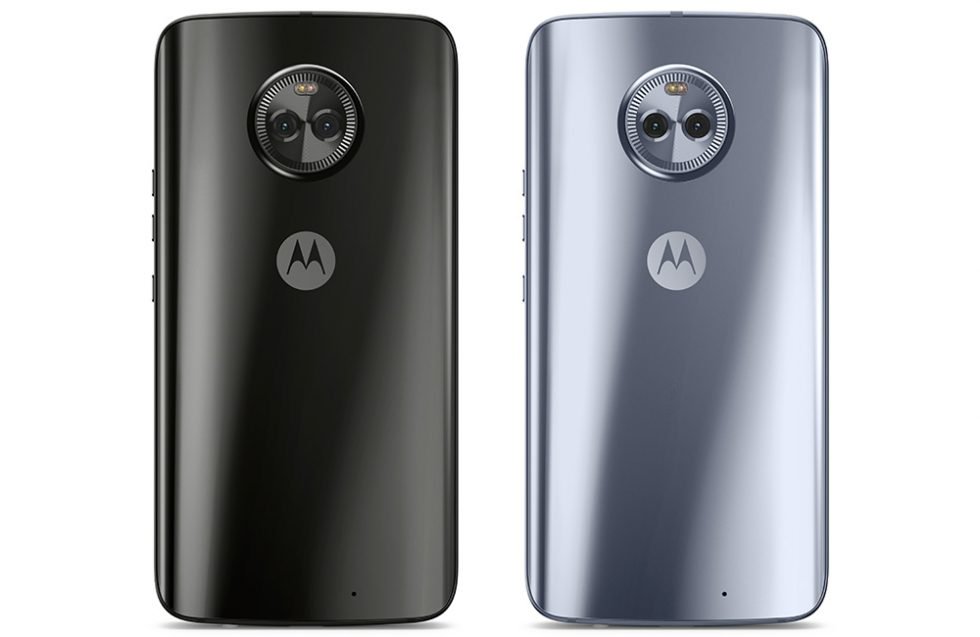 Design and build quality: From the second you notice the Moto X4, you will feel that it is a premium smartphone, that is because the smartphone uses an aluminium frame with a glass premium back panel. As a contrary, this setup is mostly seen in the premium flagship smartphone. However, this doesn’t mean that the Moto G5S Plus offers a bad design. In fact, the smartphone offers an industry-accepted full metal unibody design on the back, which does look premium. One thing for sure, if you are opting the Moto X4, then using a bumper case is a must, has the phone has 100 percent of chance of breakage due to metal design. On the other hand, the Moto G5S Plus offers a metal case, which offers a much sturdier build and not as susceptible as that of the Moto X4. So, if you going for the looks, the Moto X4 is the first choice, but compromises on the accidental drops. However, if you are ok with the ok looks, then the Moto G5S Plus will not disappoint you as well.

Display: The Moto X4 offers a slightly smaller 5.2-inch display with 1080p LTPS LCD touch panel, which offers 424 pixels per inch. On the other hand, the Moto G5S Plus offers a standard 5.5-inch 1080p IPS LCD screen with 401 pixels per inch. Both displays are protected by 2.5D Curved tempered glass (Corning Gorilla Glass 3) which should protect the smartphone from accidental scratches and falls. Keeping the numbers aside, the display panel used on the Moto X4 does offer improved colour reproduction and wider viewing angle with a better colour gradient. The Moto G5S Plus offers a standard display which looks good. The difference between these display will be noticeable only when you compared the two hand in hand. So, if you are into enjoying movies and stuff, then the larger 5.5-inch display will offer better productivity. But, if you are a guy, who likes compact smartphones, then Moto X4 might be the one that you might appreciate. 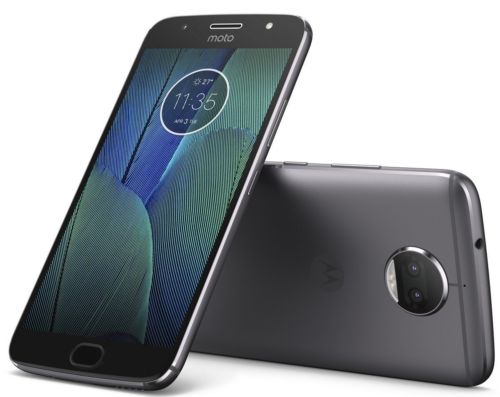 Processor: The Moto G5S Plus is powered by energy efficient Qualcomm Snapdragon 625 Octa-core Mobile Solution, which is found on the most of the Xiaomi smartphones. The processor does offer impressive thermal performance and on day to day usage the smartphone will have no problems what so ever. The Moto X4 is powered by Qualcomm Snapdragon 630 Octa-core Mobile Solution, with 2.2 GHz clock speed compared to the 2.0 GHz on the 625. Even the newer Adreno 508 GPU will offer better gaming performance compared to the Adreno 506 on the 625. The newer Snapdragon 630 also offers Bluetooth 5.0 and Wi-Fi 802.11 a/b/g/n/ac, which are missing from the Moto G5S Plus. So, without a second thought, the Moto X4 offers an overall improved performance and newer connectivity features.

Connectivity: Both smartphones do offer dual nano-SIM card slots, however, on both models user has to compromise with a single SIM card slot if you want to use an external SD card slot (up to 256 GB). Due to the newer processor, the Moto X4 offers improved LTE connectivity with faster download speeds. One feature that makes the Moto X4 a more premium smartphone is the factor that, the Moto X4 has a built-in NFC chip, which can be used to pair with other smart devices. Both smartphones do offer support for dual-band WiFi and WiFi Hotspot. Though there is a difference in the LTE modem, this will not make any difference for the end users and with respect to connectivity, both models will not disappoint you what so ever.

Camera: This is the area, where the devices are set apart from one another. On paper, both smartphones are equipped with a dual camera setup, but, the implementation is a bit different on both the models. To begin with the Moto X4, the smartphone is equipped with a 12 MP normal sensor with F/2.0 aperture and 1.4 microns pixel size. The secondary 8 MP shooter is a wide angle lens with F/2.2 aperture and 1.12 microns pixel size. This camera setup can produce some of the best lookings photos in the natural lightening condition (thanks to 1.4-micron pixel size). The Moto G5S Plus features a dual 13 MP camera with F/2.0 aperture. This camera does a better job of capturing a lot of details under daylight and well-lit condition. However, both smartphones do fail in capturing the varied depth of field and for the most of the time, the subject will have a softer edge, which looks very artificial. Both smartphones are capable of recording 4K video recording capability and 1080p video recording up to 60 frames per second. For the selfie enthusiasts, the Moto X4 offers a 16 MP selfie shooter with F/2.0 aperture and 1.0-micron pixel size, and the Moto G5S Plus offers an 8 MP camera with F/2.0 aperture. Overall, Moto X4 offers a better camera capability, in fact, the device has a best in class camera capability. So, the clear leader in this department is the Moto X4.

Software: Both models run on an almost stock version of Android Nougat 7.1.2 with latest security updates. Motorola has promised that the company will update these smartphones to Android Oreo in the near future. So, one can expect a fluid overall user interface with stock Android look-alike design. So, you will have a similar user experience on both models. Both models do offer features like FM Radio, Fingerprint scanner, front-facing camera flash. Other standard Moto gestures like one-touch navigation button, chop to launch the camera and double tap to wake up are also present on both models. Though the Moto G5S Plus offers a splash proof, that is nothing in front of the IP68 water and dust resistance rating on the Moto X4. This rating will enable the user to use the smartphone under the water, in the pool and in the shower as well.

Both smartphones offer a 3000 mAh Li-ion sealed battery with Turbocharging capability. However, the Moto G5S Plus uses a micro USB port and the Moto X4 uses a USB type C port, which offers faster data transfer and also future proof.

Conclusion: The extra ₹5,000 rupees price tag will get you improved camera, better display, IP68 water and dust resistance. Other additional features like Bluetooth 5.0, USB type C port and a premium design. If you can compromise on these things, then, Moto G5S Plus is good enough for you.