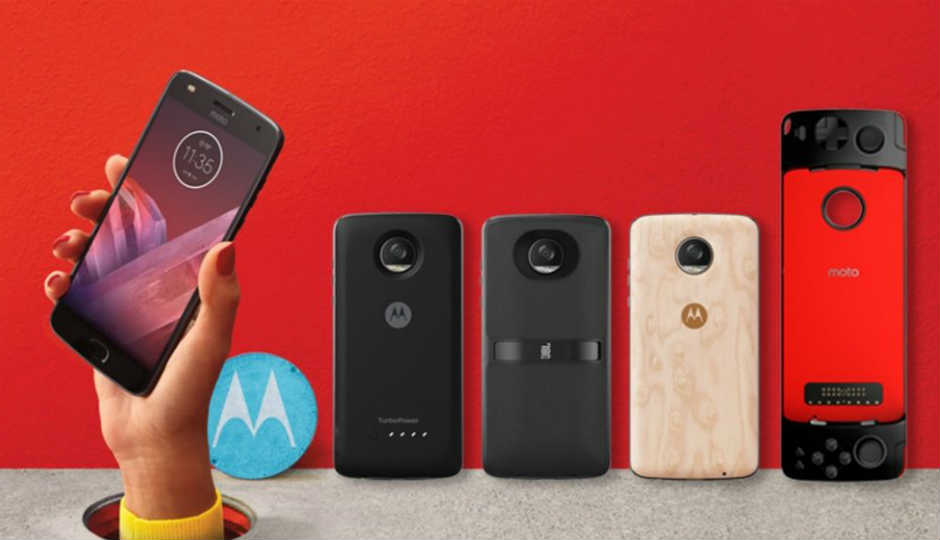 Motorola India launches three new Moto Mods, which are compatible with first generation and second generation Moto Z series of smartphones. The new mods portfolio includes the JBL SoundBoost 2 speaker mod, Moto Turbo Pack Battery Mod, and GamePad mode. These mods are self-explanatory, however, here are the complete set of features offered by these mods and the information regarding the pricing and availability. All three Mods will be available exclusively on Flipkart from 17th December.

To start with the JBL SoundBoost 2 speakers, the mod will retail for ₹6,999 and expected to offer party-like sound profile with up to 10 hours of playback on a single charge. There is a dedicated App called “My JBL SoundBoost 2”, which help the user to tweak and tune the sound output according to once interest.

So, if you are a guy who plays music using your phone’s loudspeaker (one a Moto Z series) phone, then this is a must-have accessory for your smartphone.

The second Mod was the Moto Turbo Battery, as the name suggests, this is a Mod which is made for those who like to refill the battery in short amount of time. The Moto Turbo Battery packs is a dedicated power bank like case, which also includes juice for a complete day usage and will support fast charging (up to 15 watts).

Finally, the third and the last Moto Mod is the Moto GamePad Mod, which offers a dedicated gaming pads for the Moto Z branded smartphones. This Mod packs a 1035 mAh Li-ion battery, which should be able to last for a complete day without any problem what so ever. The Moto GamePad is priced at ₹6,999, making it in-line with the JBL 2 Mod speaker.

The company has partnered with “RentMojo”, if anyone wants to experience the Mods before buying them, you can do the same via “RentMojo”, however, the platform will also enable to rent these Mods for a nominal price of ₹399 per month from December 23rd.

“We have upheld our commitment to build a better mobile future with the promise of limitless possibilities, through the new Mods,”

If you are into Mods, then, the only smartphone maker that offers support for the Mods is Moto Lenovo. We are also happy that, the company is keeping up with its promise by supporting last generation smartphones with Moto Mods, which is not the case with the most of the smartphone makers.