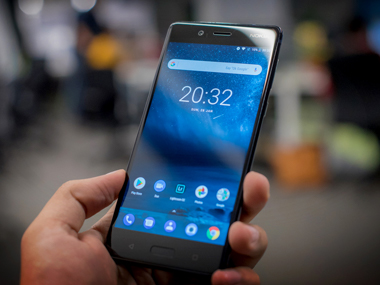 The decrease in the price of the Nokia 8 is particularly interesting as it now puts the phone in direct compilation list with several of last year’s most important phones in the budget flagship segment.

Let’s talk about the specifications quickly.

There is no 18:9 display as the phone features the old 16:9 display, which makes it look inferior when compared to the other phones.Nevertheless, this is a Quad-HD display which is slightly better than the Full-HD+ panels. Another plus point is that the screen is protected with the latest Corning Gorilla Glass 5. Also, the build quality is top notch, just like all the Nokia phones.It is powered by the last year’s flagship Snapdragon 835 processor along with 4GB RAM and 64GB internal storage.The OS is almost stock with just some little tweaks by Nokia, and we already know that Nokia is providing fast Android updates to all of its phones. FYI, the Nokia 8 has already got the Android Oreo update.Under the hood, there is a 3,090mAh battery.There is a 13MP + 13MP dual camera setup with Zeiss optics on the rear with one RGB and the other monochrome sensor. The primary 13MP sensor has OIS which is great. There is a 13MP front camera with Bothie feature.Connectivity options on the smartphone include 4G VoLTE, Wi-Fi 802.11a/b/g/n/ac, Bluetooth v5.0, GPS/ A-GPS, USB Type-C (v3.1), and a 3.5mm headphone jack. The flagship Nokia handset also has onboard sensors, including an accelerometer, ambient light sensor, barometer, digital compass, gyroscope, and a proximity sensor. Thus, overall a complete masterpiece in place!

The dual-SIM phone under Nokia’s banner, Nokia 5 runs on Android 7.1.1 Nougat and can be upgraded after the available Oreo update. The smartphone boasts a 5.2-inch HD  IPS LCD display with 2.5D Corning Gorilla Glass protection. Further, it is powered by an octa-core Qualcomm Snapdragon 430 SoC, coupled with 3GB of RAM. The smartphone comes with a 13-megapixel rear camera sensor with f/2.0 aperture, special PDAF lens and dual-tone flash- a fine combination! On the front part, it has an 8-megapixel autofocus camera sensor with a f/2.0 aperture and 84-degree field-of-view lens. The smartphone has 16GB internal storage that is expandable via microSD card (up to 128GB).In terms of connectivity, the Nokia 5 comes with 4G VoLTE, Wi-Fi 802.11 a/b/g/n, Bluetooth v4.1, GPS/ A-GPS, Micro-USB with OTG, and a 3.5mm headphone jack. Sensors provided include an accelerometer, ambient light sensor, digital compass, gyroscope, and a proximity sensor. Besides, the smartphone packs a 3000mAh battery as well.

So, it’s time to buy a pretty good deal and save few bucks!